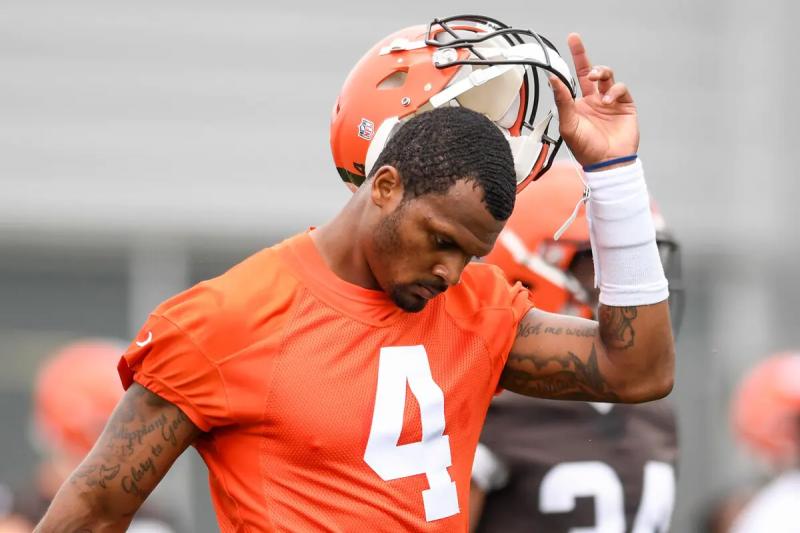 At least that is the opinion of Commissioner Roger Goodell. The Circuit recently appealed Judge Sue L. Robinson's ruling, which recommended a six-game suspension. His investigation brought to light the athlete's inappropriate sexual behavior.

“We've seen the evidence,” Goodell said Tuesday, according to the NFL Network. [Judge Sue L. Robinson] was very clear about the evidence. There were multiple violations; they were blatant and it was predatory behavior. These are things we've always felt were important for us to address in a responsible way.”

More on NFL commissioner Roger Goodell saying Tuesday that the league is seeking a tougher penalty for Deshaun Watson because the QB's actions were “egregious” and “ predatory behavior”, via @Jeff_Legwold:https://t.co/hpmyjTyXkD

When questioned as to why he appealed the original decision, Goodell simply indicated that it is a right that the league has.

“As you know, that right is part of of the collective agreement, he argued. Either party can certainly challenge and appeal. So we decided it was the right thing to do.”

Watson has been accused by many women of performing inappropriate sexual acts during massage sessions. While he avoided criminal charges, he was the target of 24 civil lawsuits, 23 of which were settled out of court.

Watson was acquired this year by the Browns from the Houston Texans. He has since agreed to a five-year, $230 million contract extension. In four NFL seasons — all with Houston — he completed 67.8 percent of his passes for 14,539 yards, 104 touchdowns and 36 interceptions. He was invited to the Pro Bowl three times.