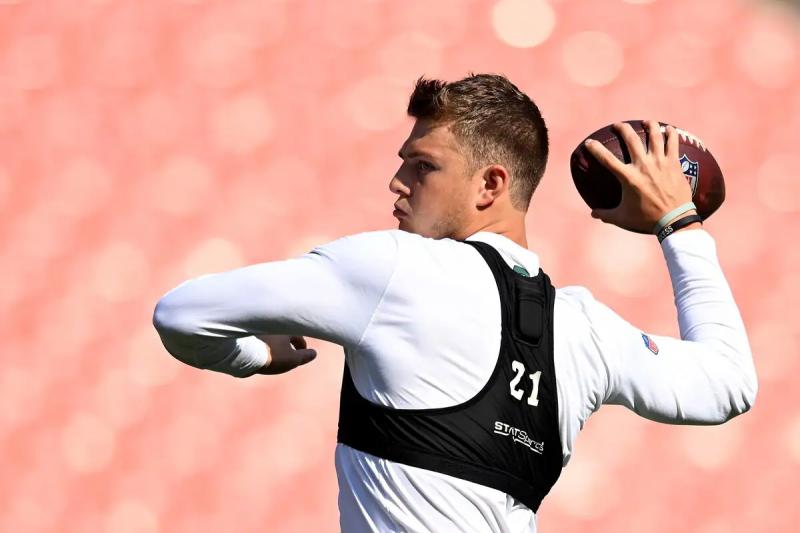 As the New York Jets prepare for the return of their starting quarterback, the New Orleans Saints have urged caution with theirs.

< p> In the case of the Big Apple team, it should be able to count on the return to play of Zach Wilson on Sunday. The 23-year-old pivot went under the knife six weeks ago to repair a torn meniscus in his right knee.

According to head coach Robert Saleh, Wilson will play his first game of the campaign against the undefeated Miami Dolphins, if all goes well in training by then.

“It's very exciting for Zach to return to the football field after six weeks, the driver said in a video posted to the Jets' Twitter account. At the same time, the next game is not just about him. We have to make sure we're running at full speed.”

In Wilson's absence, veteran Joe Flacco was average in losses to the Baltimore Ravens and Cincinnati Bengals, but was instrumental in a surprising comeback against the Cleveland Browns. p>

In his first year on the league, Wilson had nine passing touchdowns and four rushing touchdowns. He has 11 interceptions in 13 games.

As for the Saints, quarterback Jameis Winston was sidelined with a back problem, a few days before the meeting against the Minnesota Vikings presented in London.

The supporters of the Louisiana team can however be reassured: Winston should train on Thursday, and be in the game on Sunday.

“In reality, we just want him to rest and make sure he be in good health, said head coach Dennis Allen, whose remarks were echoed by the NFL Network. I expect him to be back tomorrow [Thursday].”

“That was the plan,” Winston said. It wasn't my decision.”

Since their narrow victory over the Atlanta Falcons in the first week of activity, the Saints have struggled to find their way to go, defeated by the Buccaneers of Tampa Bay and the Carolina Panthers.

Winston has averaged 286 passing yards in three games. He had more interceptions (five) than he had touchdown passes (four).