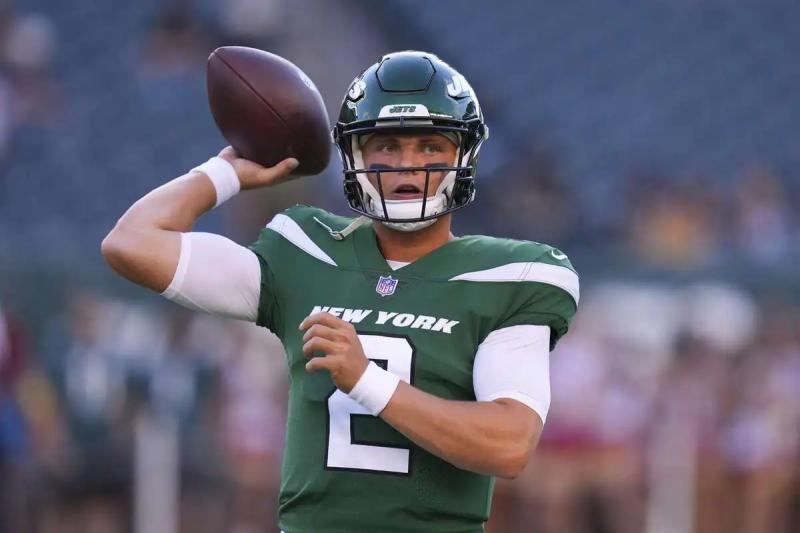 Quarterback Zach Wilson could defy the odds by playing in the New York Jets' first game of the season, after going under the knife on August 16.< /p>

Head coach Robert Saleh says it's “possible” that Wilson will find himself behind the center of the Big Apple team on September 11, against the Baltimore Ravens.

< p>Wilson underwent knee arthroscopy after tearing his meniscus in a preseason game against the Philadelphia Eagles.

The 23-year-old center took part in a first practice on Monday, which allowed Saleh to prolong the suspense as to the identity of his trusted man to start the season.

“He felt good, said the pilot of the Jets, according to the ESPN network. We'll be watching how his knee reacts over the next few days and we'll have an answer for everyone on Wednesday.”

If the Jets decide to be patient, they'll hand over the reins of their offense to the veteran Joe Flacco for the first game. The 37-year-old quarterback would thus have the opportunity to face the Ravens, with whom he spent the first 11 seasons of his NFL career.

The members of the Jets, however, are eager to see what level Wilson will reach his second season on the league.

“Joe has a lot more experience, but Zach is a special player,” said guard Laken Tomlinson. He impressed us a lot with the way he behaves leading the attack.”