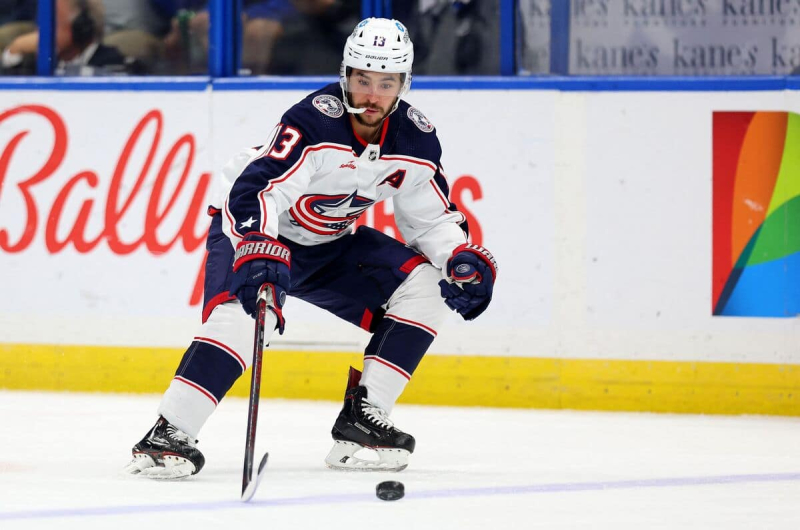 Columbus Blue Jackets forward Johnny Gaudreau experienced a range of emotions Monday night in his first game at the Scotiabank Saddledome as a member of a team other than the Calgary Flames .

The American was booed heartily during the duel, but he also got a standing ovation when the Flames honored him with a video of his best moments in their uniform.

“It was great to see everyone stand up and applaud me,” said Gaudreau, whose remarks were reported by the Sportsnet network.

“Five seconds later they started booing me again. […] This is what I expected when I came here. They are great supporters and they are passionate. I love that. It really is a special night for me.”

Last summer, Gaudreau turned down a contract extension with the Flames and then took advantage of his complete autonomy to sign a seven-year contract, worth a total of $68.25 million, with the Jackets.

The 29-year-old skater spent the first nine seasons of his professional career with Calgary, after the Alberta organization selected him in the fourth round (104th overall) of the 2011 draft.

Gaudreau n did not hide that he expected to receive special treatment for his return to Calgary, but he found the experience difficult.

“I know it was going to happen, except that he didn't 'there's nothing that can really prepare you for this,' he said of the boos.

“They've been cheering me on for the last nine or 10 years and they're booing me now. It was tough at first, but I kind of found my bearings and found my way to going to second [period].”

After the game, a 4-3 overtime loss to the Blue Jackets, Gaudreau wanted to thank the Flames fans, despite their fierceness towards him during the duel.

“I have received constant support from them since my first day [in the National League]. Even when I was playing in college, they were good fans for me,” Gaudreau recalled.

“I just want to thank them for being such good fans and for m to have been so well received in their city. They were incredible for me and my family.”

Against his former team, Gaudreau collected two assists. He was also awarded a penalty shot in the first period, after being snagged by defenseman MacKenzie Weegar. To the delight of the fans, however, the forward missed the target.