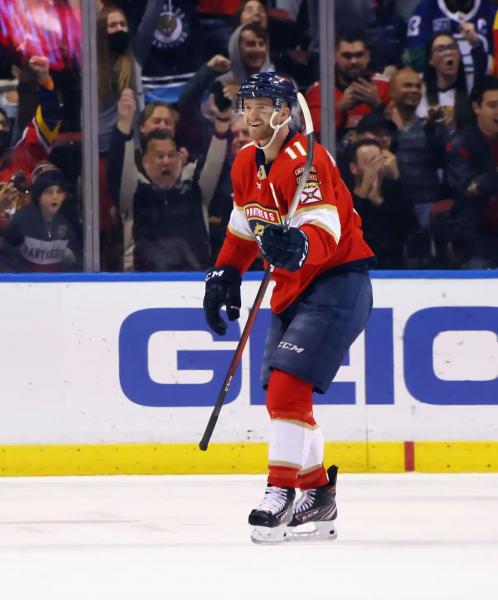 The general manager of the Flames, Brad Treliving, intends to convince Jonathan Huberdeau to stay in Calgary beyond the next campaign and he demonstrated it by visiting the Quebecer on Monday in Montreal.

“Jonathan Huberdeau enjoyed a good dinner in Montreal with Flames general manager Brad Treliving. All credit goes to Brad for coming to Montreal to meet Jonathan and spending time with him to get to know him better.”

Huberdeau, acquired along with MacKenzie Weegar, Cole Schwindt and of a Florida Panthers first-round pick of Matthew Tkachuk, will be an unrestricted free agent next year.

The striker will indeed spend the last year of his six-year contract, which earns him an average of $ 5.9 million per campaign. By virtue of a 2021-2022 season of 30 goals and 115 points, he should get a substantial salary increase.

Huberdeau had indicated, a few days after the trade, that he was open to stay in Calgary long term. He had also revealed that discussions between Treliving and his agent had already begun.

The native of Saint-Jérôme will be in his first campaign in the National League in a uniform other than that of the Panthers in 2022-2023, he whose name was called by the Florida team with the third round of the 2011 draft. He amassed 613 points in 671 games with the “Cats”.

Huberdeau also helped his old team win their first series since the 1995-1996 season – when the team reached the Stanley Cup final – when the Panthers eliminated the Washington Capitals in six games during the first round of the most recent spring ball. However, they were swept away in the next round by their Florida rivals: the Tampa Bay Lightning.