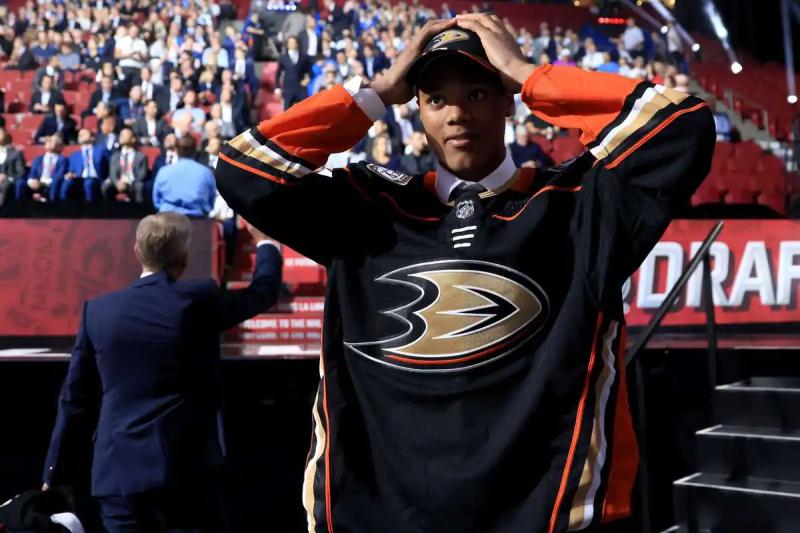 The Anaheim Ducks selected Quebec defensemen Noah Warren and Tristan Luneau on Friday in the second round of the National Hockey League draft.

Selected 42nd in total, Warren first joined forward Nathan Gaucher, who was called up in the first round (22nd) by the Ducks on Thursday night. The Anaheim organization continued its momentum by calling another product of the Quebec Major Junior Hockey League, Luneau, in 53rd place.

Warren and Luneau both played with the Olympiques de Gatineau, last season.

In the case of Luneau, 18, he scored 43 points in 63 games with the Gatineau club last season. The young man from Victoriaville added six assists in seven playoff games.

The Arizona Coyotes, who chose Quebec defender Maveric Lamoureux in the first round (29th) on Thursday, opted for another Quebecer, Jérémy Langlois, of the Cape Breton Eagles, in the third round (94th overall).

A native of Saint-Jérôme, forward David Goyette will have the pleasure of continuing his development alongside Shane Wright with the Seattle Kraken. Called at the end of the second round (61st), Goyette wore the colors of the Sudbury Wolves, in the Ontario League, in 2021-2022. He had 73 points, including 33 goals, in 66 games with the Wolves.

Patrick Guay, 20, also scored over 100 points in the QMJHL with the Charlottetown Islanders and joins the Vegas Golden Knights with their 145th selection.