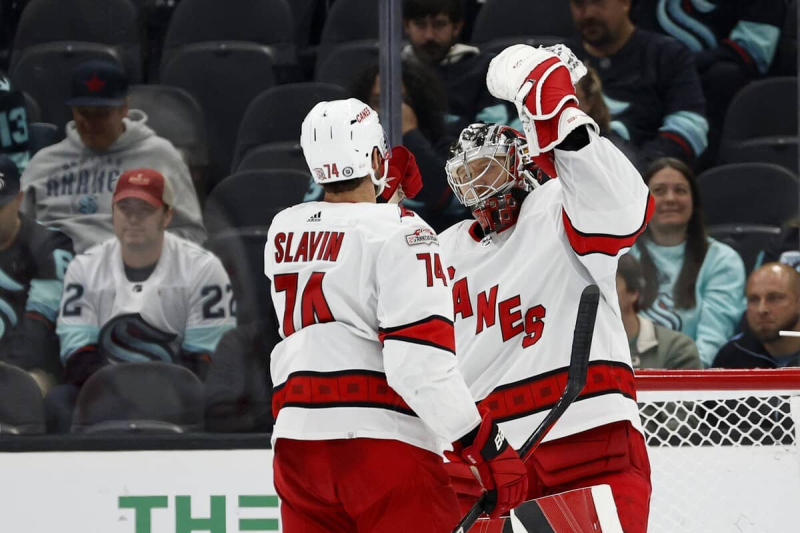 Without the “panic” button necessarily being pushed, the Carolina Hurricanes needed their number 1 goaltender. When he returned to the game after more than two months of absence, Frederik Andersen delivered a solid performance on Thursday night.

By beating the Columbus Blue Jackets 6-2, the Canes ended a four-game losing streak. Let's say this one seemed to come out of nowhere after the team had won its previous 11 duels.

Overused lately, Piotr Kochetkov still has a lot of time to learn and has benefited from a deserved rest. Antti Raanta missed training due to injury. So the timing was perfect for Andersen to put on his leggings for the first time since Nov. 7.

“He is consistent. It's his way of playing. We were all a little nervous to see how he was going to play, because it had been forever. It's good that he landed on his feet. We needed it,” head coach Rod Brind’Amour told the daily “Raleigh News & Observe”.

“He was good, he made some great saves. He kept us in the right direction,” he added.

Andersen came up ahead on 21 of the Jackets' 23 shots. The Dane appears to be well and truly recovered from his lower body injury.

While the Hurricanes may have been relieved by the happy return of their doorman, they held their breath in the first period when Max Pacioretty had to leave the game.

The former captain of the Montreal Canadiens was hit in the lower body. According to the team, it could not be related to his Achilles tendon injury which forced him to miss the first 38 games of the campaign.

Pacioretty did well in his first outings with Carolina, hitting the target three times in as many games. In his fourth outing, at Columbus, he was just 3:02 on the ice.

Injuries continue to pile up for the 34-year-old, who has been limited to 39 games with the Vegas Golden Knights last season. He had nevertheless amassed 37 points.