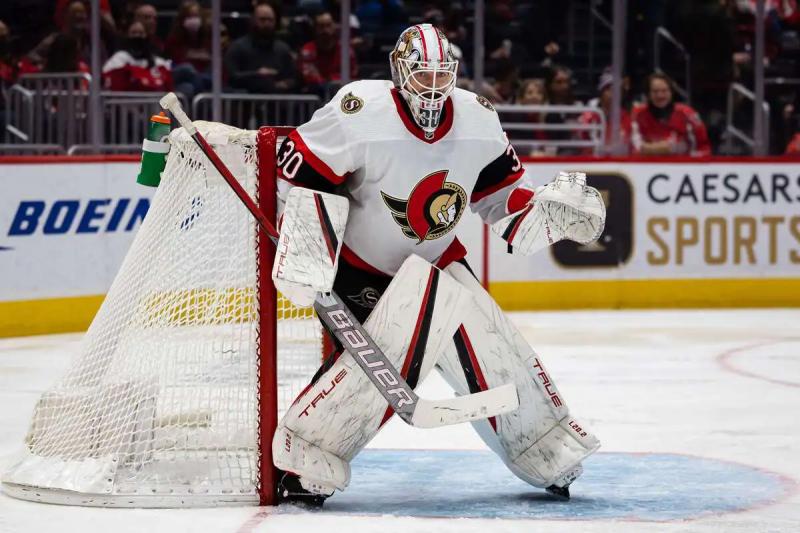 Goalkeeper Matt Murray is sure to have plenty of motivation next season as he wants to show his haters that he can still lead a team to success.

Traded by the Ottawa Senators to the Toronto Maple Leafs earlier this week, the two-time Stanley Cup winner wants to erase a difficult 2021-2022 campaign marked by a stay in the American League and some poor performances. In addition to having the opportunity to play for a team with great potential, he will wear the colors of the team that his late father cherished.

“Yes, I think my first game was a Leafs game with him,” he told the media Tuesday during a press briefing highlighting his arrival in the Queen City. It was his favorite club and it was mine too. So I obviously think he would have been super happy.”

However, the former Pittsburgh Penguins does not arrive in Toronto to honor the memory of his father. His mission is to help his new organization achieve success in both the regular season and the playoffs. In this regard, it should be remembered that the Leafs have not won a series since 2004.

“I am extremely motivated, I think I have a lot to prove. And this is a place where I wanted to be, he said. It's about doing everything to find myself at my best. In my opinion, this is the ideal place to achieve this. I look forward to joining great players, staff and fans. Everything about this training is at the highest level.”

Can he bounce back?

Even before he has played a first game in the blue and white uniform, Murray is the subject of skepticism from many fans who have noticed his performance in recent years. His 5-12-2 record and a few bad goals have been part of his most recent campaign. However, at the Leafs, the pressure will be strong, because he will have to replace Jack Campbell, left free as air on the free agent market.

However, the one who has 132 victories in 246 confrontations of the National League and who won the Stanley Cup twice with the Penguins (2016 and 2017) is ready for his new start.

“During my time in Ottawa, I don't think it has unfolded as everyone expected. Except that at this point, I am only focusing on the present and the short-term future, he clarified. It's quite a group here. There are so many good players and, of course, they have achieved tremendous success in recent years.”