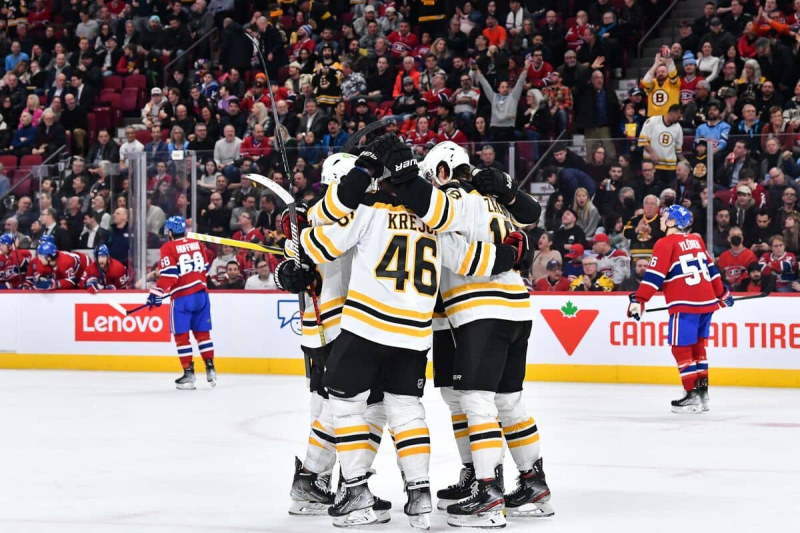 The Boston Bruins are having a dream season and nothing seems to be stopping them. They lead the overall NHL standings, having won 38 of their 47 games this season and if they maintain that pace, Jim Montgomery's men could total 65 wins and 138 points, which would be a new high.

In fact, here are the five teams that have accumulated the most regular season wins in league history.

Led in attack by Guy Lafleur, Pete Mahovlich, Steve Shutt and Yvan Cournoyer, as well as in defense by the famous Big Three formed by Serge Savard, Guy Lapointe and Larry Robinson, the Habs completed a 15-game unbeaten streak. /p>

In 80 games, the Canadian has accumulated 127 points. By sweeping the Philadelphia Flyers in four games in the Stanley Cup Final, Montreal lifted the precious trophy for the 19th time.

The Sainte-Flanelle attack multiplied the goals scored during this campaign. Lafleur, with 132 points, and Jacques Lemaire, with 97, finished first and fourth respectively among the NHL's leading scorers.

In goal, Ken Dryden has won 37 of his 52 starts, all maintaining an average of 2.05. He captured a fourth career Vézina trophy. At the end of this season, the Bleu-Blanc-Rouge won its third of four consecutive Stanley Cups.

< p>Considered the best team in NHL history, the Montreal Canadiens won it all during this historic season. Moreover, the “Habs” still hold two records in connection with this season, that of the greatest number of points in a season with 132, and that of the fewest number of defeats with eight. After 80 regular season games, Montreal defeated the Bruins in four games to win the 20th title in its history.

The Lightning brought rain and shine during the 2018-2019 campaign. Jon Cooper's men had in their ranks the top scorer of the calendar, Nikita Kucherov, who tallied 128 points, including 41 goals. They suffered 16 regular losses and four in overtime.

The “Bolts” had set the bar very high for the playoffs. Many pundits saw Tampa's roster take top honors. However, the Columbus Blue Jackets caused a big surprise by sweeping in the first round the winners of the Presidents' Trophy awarded to the team with the most points in the regular season, ie 131.

On their 70th anniversary, the Red Wings had the best season in their history. Detroit surpassed the regular-season mark set by the Canadiens in 1976-77 with 62 wins. The Michigan team has suffered defeat 13 times, in addition to delivering seven ties.

Led by Bowman, the most decorated coach in NHL history, the Wings have seen their beautiful run to end in the conference final, losing in six games against the Colorado Avalanche who won the cup shortly after.