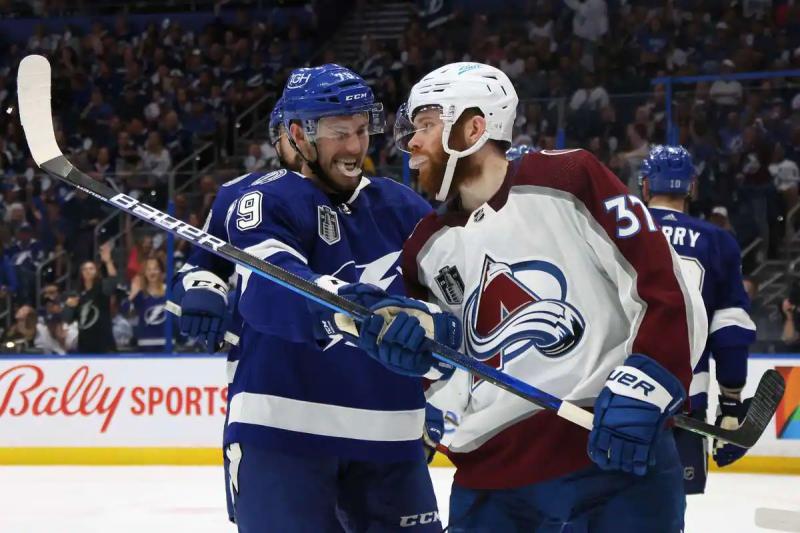 Despite appearing in three consecutive Stanley Cup Finals, winning the Silver Bowl twice, the Tampa Bay Lightning players are still hungry for the next season.

After beating the Dallas Stars in 2020 and the Montreal Canadiens the following year in the final, the “Bolts” lost to the Colorado Avalanche last spring. The thirst for victory is always present, even in training camp.

“I think the guys, when they arrive at camp, there is a lot of nervousness, because every night they have a target in the back, the teams want to beat us. To go back to the Finals again shows that we are still hopefuls and that we are not sated,” forward Ross Colton told NHL.com on Friday.

The 25-year-old believes it's because of the high expectations the Lightning have been able to do so well in recent years. In 2022, he wasn't necessarily expected that far, but he did well in the playoffs.

No team has reached the Stanley Cup Finals in four straight seasons since the New York Islanders in the early 1980s.

Colton, author of 39 points in 79 games in his first full season in the National Hockey League, would like to stay in Tampa for his entire career. The American would love to be the worthy successor to Ondrej Palat, who left for the New Jersey Devils in the offseason.

“He did so much for the team offensively, defensively, he was physical. If we needed a big goal, he scored it. It is a great loss. But I had a great summer and I'm looking forward to this year. Anything I can do to increase my responsibilities from last season, I will do,” said Colton, who would like to make his place on the first two lines.

“I want to become a more complete player . I can't rest on the successes I had last season. Obviously, I was happy with what I was able to accomplish, but disappointed with the outcome. I can work on a lot of things, whether it's my defensive game or winning face-offs,” added the center player.