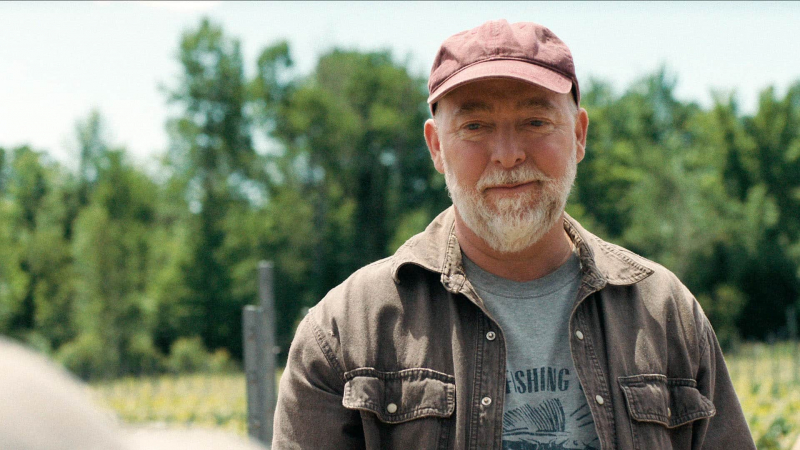 When he was little, Guy Jodoin religiously followed the youth program La Ribouldingue, in which Marcel Sabourin played the famous Professor Mandible. Nearly 50 years later, the actor had the chance to share several scenes with this childhood idol in the comedy-drama Niagara.< /strong>

“It was great to be able to play with him,” says Guy Jodoin in an interview about his first work experience with Marcel Sabourin.

“I have to admit, I was a bit intimidated at first. I had to make sure I had done my homework before arriving on set, because I know that Marcel has seen others. He starred in J.A. Martin photographer, which went to the Cannes Film Festival, he made dozens of other landmark films. What skewed things was that he was one of my childhood idols, because I watched him in La Ribouldingue when I was seven or eight years old. It was really special to find myself playing his son in a scene where I had to cut his hair…”

By chance, Guy Jodoin had already had the chance to spend a few hours with Marcel Sabourin shortly before the filming of the film. After winning the Marcel-Sabourin trophy, awarded to the most appreciated player of the National Improvisation League, Jodoin dropped a phone call to Sabourin asking him to participate in a thank you video.

“He spontaneously invited me to his home, says Guy Jodoin. We talked, we drank wine together. It was the first time I met him and it was really exciting because he is quite a storyteller. Afterwards, when I got the offer to play his son in the film, I thought it was a coincidence. My father in real life is called Leopold and his character in the film is also called Leopold. When I spoke to him, I felt a bit like I was speaking to my father.”

“It was very sweet as filming, says Guy Jodoin. Guillaume is very benevolent in his direction of actors. He often said just one word to me and that was enough for me to play the scene. We were not at all in a tyrant atmosphere. We were excited to work together. Everyone was throwing the ball of laughter and throwing it back. It was nice to work that way. When I was younger, I had more painful experiences, in which it had to be scratched. With Guillaume, it was not at all that.”

Very busy with his numerous contracts on the small screen, Guy Jodoin has not often had the opportunity to make films in recent years . His few appearances on the big screen are limited to small roles in the comedies Mon ami Walid (2019) and Ego Trip (2015).

C is that at 55, Guy Jodoin now only chooses the projects that really thrill him.

“Before, I accepted more contracts, but I ended up suffocating, confides he. But there, when I decide to embark on a project, it's because I'm really happy to do it and I feel that I belong. I was happy while filming Niagara. I'm happy when I host The Cheater. I believe that the most beautiful projects are those where you feel wanted. When that happens, it's really fun.”