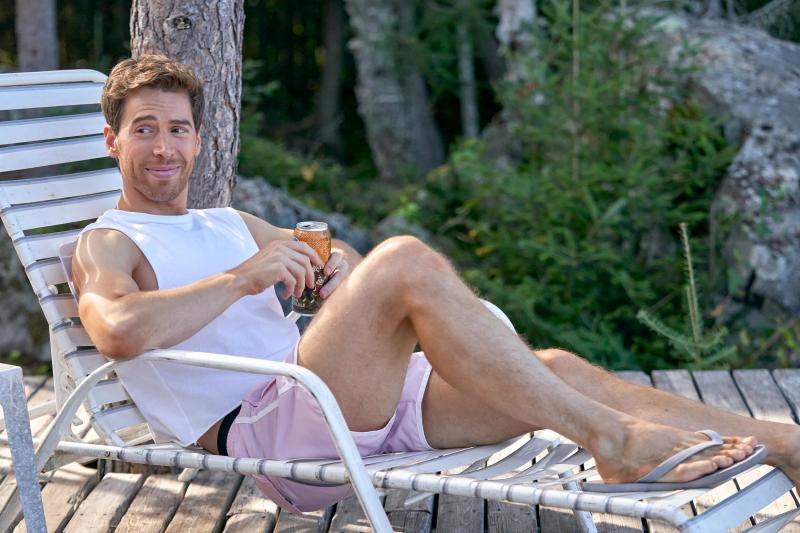 The story of Montrealer Julian Doucet – fictionalized to become The Lake, on Prime Video – is an interesting one. Friendly. Endearing, even. But is a television series the best vehicle to do him justice? We doubt it.

If you liked Schitt's Creek, chances are The Lake is already on your TV radar. Because even if their plots are very different, the two Canadian series have an obvious relationship, both in tone and in the themes addressed, namely family, community and LGBTQ issues.

This time, Prime Video invites us around a lake where a thirty-year-old (Jordan Gavaris) returns to spend time with his teenage daughter, whom he had – then gave up for adoption – before openly living his homosexuality. Over the course of a summer, he will revisit certain rivalries of yesteryear, notably with his half-sister (Julia Stiles).

Divided into eight episodes of 30 minutes each, The Lake radiates a certain benevolence, a contagious good humor that often recalls Schitt's Creek.And if you don't laugh regularly, you never really lose your smile, even when the series falls a little short halfway through.

That's a pity all the same. And that's also what leads us to believe that a feature film might have been a better format for this story. We could thus possibly have avoided this strange and sudden break in tone where The Lake borrows the codes of horror for the duration of a particularly absurd (and boring) episode.  < /p>

Nevertheless, we retain the strengths of the series more than its weaknesses. Jordan Gavaris manages to carry the entire plot on his shoulders thanks to his charisma and his naturalness, while it is good to find Julia Stiles in a comic role.

In short, if a second season eventually appear on the horizon, we will gladly accept to go back for a dip in this lake with frankly pleasant and inviting waters.