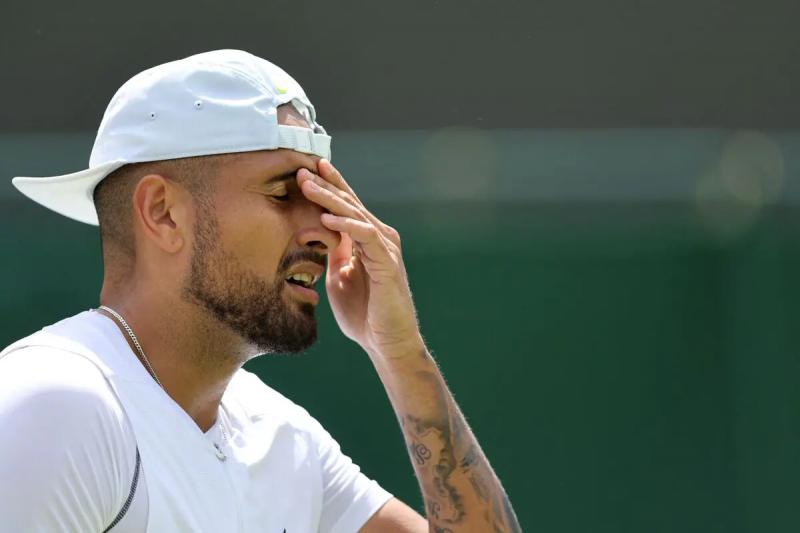 Tennis player Nick Kyrgios left himself in total embarrassment at Wimbledon on Tuesday, lashing out at a fan in a disgusting way.

At the end of his victory in five rounds acquired against a local player, the Briton Paul Jubb, the Australian literally spat on his victim, as reported by the Reuters agency.

The main concerned says he asked for the expulsion of the individual during his first round clash.

It remains to be seen if he will receive a sanction for his gesture which he tried to justify at a press conference.

“As soon as I won the meeting, I turned to him. I dealt with hatred and negative for a long time, so I don't think I owe anything to this person, “said the 27-year-old athlete, referring to the lack of respect shown by this man towards him while throughout the duel.

“I love this tournament and it has nothing to do with Wimbledon. But I think a whole generation of people think they have the right to negatively comment on every little thing on social media. It carries over to real life,” he also said.

Clearly, Kyrgios was in no joking mood on Tuesday. During his match, he received a warning from the referee for hitting a ball out of bounds and insulted a linesman.

“Because there is a fence there to separate us, […] some believe that it is necessary to say whatever pleases them”, he also emitted.

He does not understand

About the sometimes virulent reactions aimed at him, the veteran of professional tennis has a hard time explaining the whole thing.

“I have never been in someone's workplace for only disparage them or spit on him, he said. I don't understand why people hurt athletes. Why do they consider this acceptable? It happens more and more often in the sports world. The spectators are just disrespectful to the athletes. I don't think that's appropriate. You don't go to a supermarket to start insulting an employee who is checking items for sale. No. So why do they do it when I'm at Wimbledon?”

The fiery player's next match is scheduled for Thursday against Serbian Filip Krajinovic.