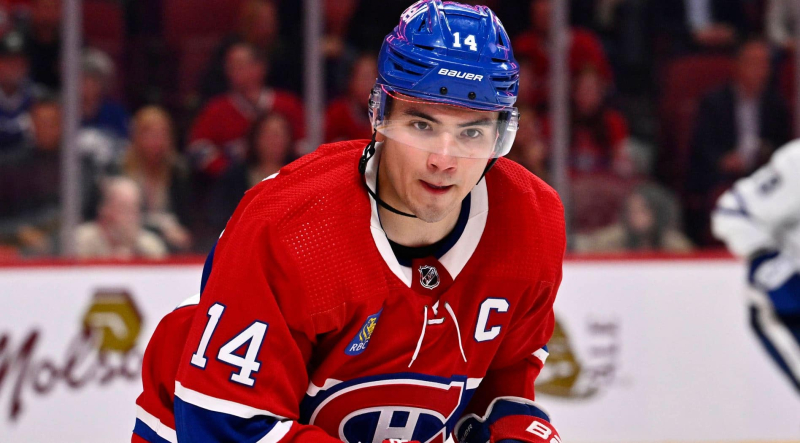 The National Hockey League (NHL) announced Thursday evening the first 16 names of the players who will participate in the next All-Star game, in Sunrise, Florida, on February 4, and the captain of the Montreal Canadiens, Nick Suzuki, will be there.

To represent the Atlantic section, there will also be Mitch Marner, Nikita Kucherov, Tage Thompson and Dylan Larkin as well as the brothers Brady and Mathew Tkachuk. Boston Bruins goaltender Linus Ullmark was also selected.

To represent the Metropolitan Division, Andrei Svechnikov, Johnny Gaudreau, Jack Hughes, Brock Nelson, Kevin Hayes, Sidney Crosby and Alexander Ovechkin will be there. Goalkeeper Igor Shesterkin will be in goal.

Big guns and forgotten ones

In the West, Connor McDavid and Cale Makar will be respectively the leaders of the Pacific and Central divisions. Among the other big guns, Kirill Kaprizov, Clayton Keller and Jason Robertson will be in the All-Star Game.

Jusse Saros also got his ticket, as did Matty Beniers.

The Awakening defender Erik Karlsson also allowed him to earn his place. Among the great forgotten, Roman Josi, Mikko Rantanen, Nathan MacKinnon, Patrick Kane and Kyle Connor were not selected.

Fans will however have the opportunity to vote for the 12 other players who will be present at the annual NHL classic. Details will be revealed in the coming days.