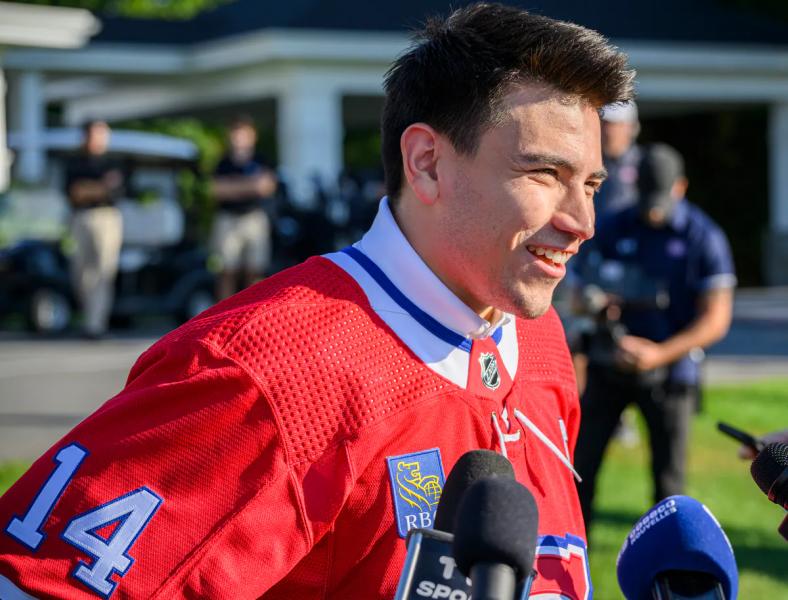 These were Nick Suzuki's first words as captain of the Canadiens. The whole thing took place a few hours before the kick-off of the 46th golf tournament of the Montreal organization.

The striker complied with a smile. He was not forced by the team leaders who remained behind him during his press briefing.

While spending the summer in Montreal, Suzuki surely met several supporters during the events in which he participated. He may have realized that he would have to learn French if he wanted to chat with Canadiens fans.

He is now aware that a bilingual captain is always better perceived by the media and amateurs.

“I took French lessons with the Babbel platform this summer,” confirmed Suzuki. I took French classes for most of my school career.

“I am more comfortable reading it than speaking it. I want to get better.”

It has been mentioned several times. The organization of the Canadiens has begun an era of change. She does things differently from the old administration.

She particularly wants her players to be able to speak French. That's what CEO Kent Hughes suggested.

“We will encourage all players to learn French, he replied when asked about it. Of course we can't force them, but we would like that.

“Even though Chantal (Machabée) is looking for a French teacher so that he is available for the players and for Jeff (Gorton) too. Jeff is already taking French lessons, because he threw a few French words at me.

“I said to him, “Oh! You added words to your vocabulary over the summer!”

Gorton wants to fulfill the promise made when he was appointed. On that day, he mentioned that he wanted to learn French in order to communicate with members of the media and employees of the Canadiens.

In the past, we have seen several players make the same promises as Suzuki. However, apart from a few polite phrases, the results were not conclusive.

Several captains took French lessons during their stay in Montreal. They learned a few phrases to deal with certain situations, but they were never able to give a complete interview in French.

Can Nick Suzuki reverse this trend? It will take a few years to have an answer to this question.