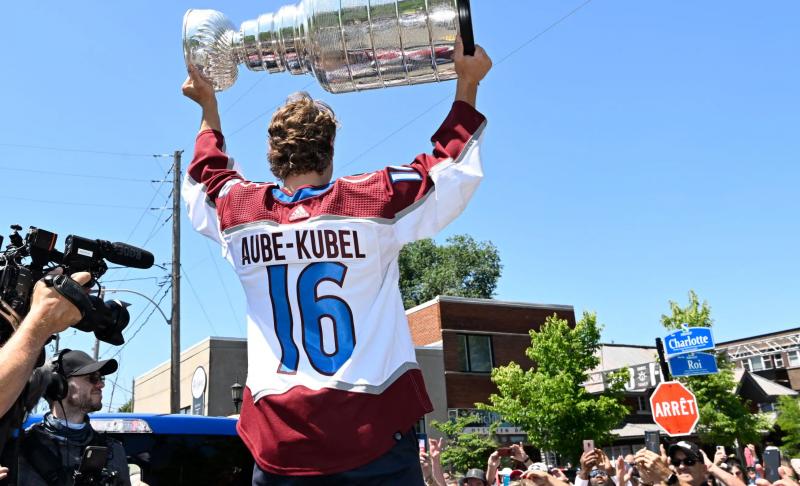 Quebecer Nicolas Aubé-Kubel is in Toronto with the goal of settling there long term. A Stanley Cup winner with the Colorado Avalanche, the forward never expected to leave the team after less than a season.

“I was disappointed not to return to Colorado, he confessed at a press conference on Friday. I made some good friends and had some good teammates, but hey, that's life, and I'm very excited about this new adventure in Toronto.”

Aubé-Kubel, who grew up in Sorel-Tracy, was told by his agent that the Avalanche had made the decision to let him go since the club had to choose its fights with the payroll. An unrestricted free agent, he did not receive an offer from the Avs and instead accepted the Leafs' offer of $1 million for one season.

Let's say it throws a chill between the two camps, but the 26-year-old right-winger still enjoyed the “best two weeks of his life” when he was able to celebrate the Stanley Cup victory in Denver before moving on. a day in his corner of the country with the precious trophy.

With the rival of CH

Describing himself as a physical and fast player, Aubé-Kubel hopes to clinch a spot on the Leafs' bottom two lines. He believes Toronto will be the best place for him to get noticed, while learning from some of the best hockey players on the planet.

And he doesn't hold a grudge against Toronto, although he caught the sport bug admiring the exploits of Alex Kovalev and Saku Koivu with the Canadiens.

“Growing up in Montreal, Toronto has always been the enemy or the opposition, but now I know it's only [because of] the media and all that. With all the offers I had, Toronto was my favorite destination because they have a really good team. They have a real chance of winning the cup next season,” he said.

In 2021-2022, Aubé-Kubel set a career high with 23 points in 74 games. He started the campaign with the Philadelphia Flyers, the team that drafted him in 2014, before being taken off waivers by the Avalanche in November.

“I learned a lot in the last year. Switching teams mid-season wasn't easy, but I think I accomplished a lot in Denver. I became a better player and a better person,” he said.