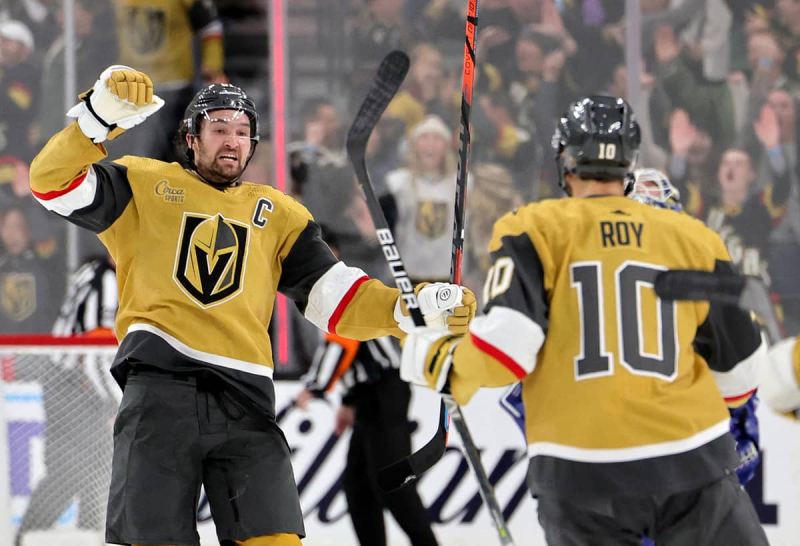 Quebecer Nicolas Roy scored twice to lead the Vegas Golden Knights to a 3-2 win over the Colorado Avalanche on Monday in Denver. at

The Amos native scored his sixth and seventh goals of the campaign, in the second period, to give the visitors a 3-1 lead.

He first deceived the vigilance of 'Alexandar Georgiev with a snappy wrist throw. Just over seven minutes later, he redirected a shot from fellow Quebecer William Carrier to give his team a two-goal cushion.

Michael Amadio was the other Golden Knights scorer, who increased their lead at the top of the Pacific Division to six points.

Erased in Saturday's game against the Toronto Maple Leafs ー his return to the game after several weeks of absence ー, Nathan MacKinnon has regained the shape of the beautiful days. He only needed 25 seconds to open the scoring.

The Avalanche thus suffered a fourth consecutive loss. She will look to find her way back to winning ways against the Vancouver Canucks on Thursday.