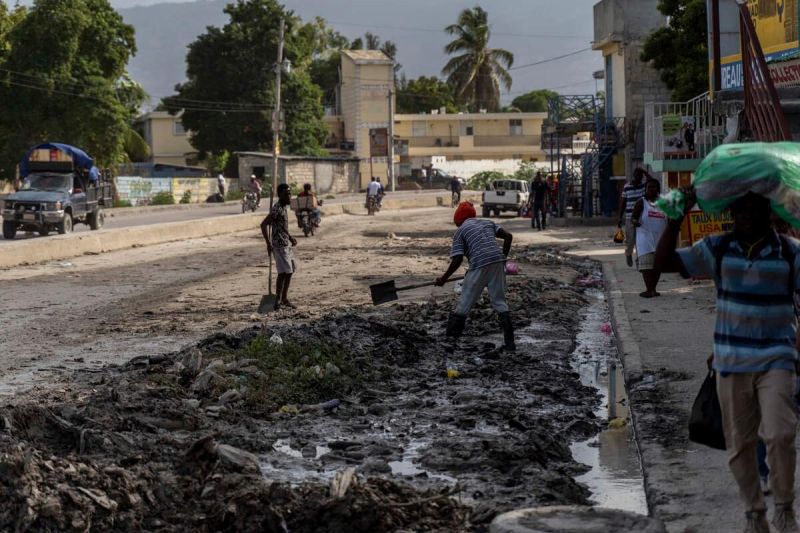 The people of Haiti are living through an “absolutely nightmarish situation,” UN Secretary-General Antonio Guterres insisted on Monday, repeating before a meeting of the Security Council his call for the dispatch of a international armed force to deal with the humanitarian crisis.

“The situation is absolutely dramatic. The port is blocked by the gangs who do not let the fuel out (…) Without fuel, there is no water. And there is cholera”, the treatment of which requires good hydration, he declared to the press.

“So it is an absolutely nightmarish situation for the people of Haiti, mainly in Port-au-Prince”.

The Varreux oil terminal, the largest in the country, has been blocked by armed gangs since mid-September, paralyzing the entire country.

In this context, the Secretary General recently called in a letter to the Security Council to “examine urgently the request of the Haitian government to deploy without delay a specialized international armed force to deal with the humanitarian crisis”.

< p>Thousands of Haitians took to the streets the next day to denounce the government's call for foreign aid.

“We need armed action to liberate the port and allow the establishment of a humanitarian corridor,” Antonio Guterres repeated on Monday.

“I am talking about something that must be done only on the basis of humanitarian criteria, regardless of the political dimensions of the problem which must be solved by the Haitians themselves,” he said.

The Security Council is due to discuss the situation in the country on Monday afternoon.

According to a draft resolution obtained by AFP, still under discussion and which will be put to the vote later, the members of the Council could “encourage” the governments to “urgently consider” the deployment of such a multinational force in Haiti.

The text mainly focuses on the establishment of a “targeted” arms embargo to deprive certain individuals and entities.

It also provides for a travel ban and a freeze on the assets of individuals and entities linked to armed groups and criminal networks.

At this stage, the only one mentioned is Jimmy Cherizier, nicknamed “Barbecue”, “one of the gang leaders the most influential” who is blocking the Varreux terminal with his gang.

Regarding cholera, which has returned to the country after three years of absence, the spokesman for Antonio Guterres reported Monday of 66 cases now confirmed, 564 suspected cases and 22 deaths mainly in Port-au-Prince and around. To these cases are added those of the prison of the capital: 271 suspected cases, 12 confirmed, 14 dead.