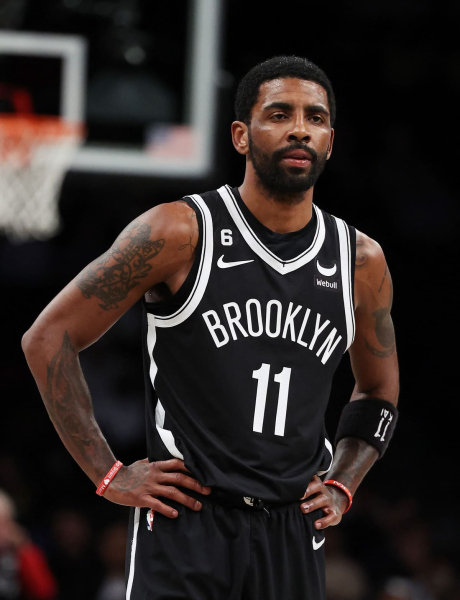 Nike announced Monday that it is no longer working with NBA star Kyrie Irving, a month after the sportswear maker suspended its partnership with the Brooklyn Nets point guard for promoting a anti-Semitic film on his social networks.

“Kyrie Irving is no longer a sportsman (from) Nike,” a spokesperson for the brand told AFP. .

On October 27, Irving – already known for spreading conspiracy theories – posted the poster for Hebrews to Negroes: Wake Up Black America on his Instagram and Twitter accounts.and links to the Amazon site allowing you to rent or buy this film containing, among other things, a quote attributed to Adolf Hitler and denying the reality of the Holocaust.

He had apologized by the continued, claiming “not to be anti-Semitic and never have been”.

“I have no hatred in my heart against Jews or anyone who identifies as a Jew,” had – he added in an exclusive interview with SportsNet New York (SNY) on November 19.

His Brooklyn Nets club had also sidelined him for at least five games, without receiving pay .

The Nets called on the player to reach out to the Jewish community to better understand the significance of the messages he posted on social media. The former Boston Celtics player described these discussions as moving and important, claiming to have learned a lot.

“It was not easy, some (discussions) were painful (. ..), but it gave me a better perspective,” explained the player.

He finally joined the team on November 20 after serving an eight-game suspension.

< p>Kyrie Irving opened up about his split from Nike on Twitter stating, “Anyone who spent their hard-earned money on one of my products, I consider you family and we are forever bonded.”

< p>He also shared a 'GIF' which reads: 'there is nothing more precious than being free'.

The 30-year-old Australian-born point guard has was elected to the all-star team seven times and notably won an NBA title in 2016 with the Cleveland Cavaliers.