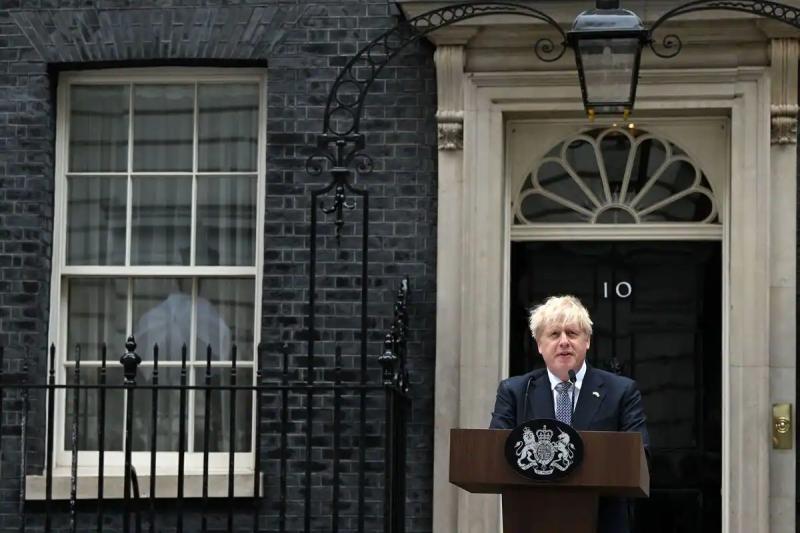 LONDON | Nine Conservative MPs are now launched in the UK on Sunday to succeed Prime Minister Boris Johnson, in a campaign where many candidates are keen to mark their difference from former Finance Minister Rishi Sunak on tax issues.

Last to launch on Sunday morning was Secretary of State for International Trade Penny Mordaunt, 49. This former Navy reservist, who was the first woman to hold the post of Minister of Defense in 2019, insisted on the need for the public debate “to revolve a little less around the leader”, to focus on the “ ship”.

A clear desire to get out of the endless succession of scandals that have marred Boris Johnson's mandate, until leaving him no choice but to resign on Thursday, after an avalanche of resignations in his government.

Very open, the competition which will open for the head of the conservative party – and therefore for Downing Street, the Tories being the majority in the House of Commons – announces a particularly lively summer, with its share of revelations and low blows.

On Saturday evening, former ministers Jeremy Hunt and Sajid Javid in turn announced their candidacies in the columns of the conservative Sunday Telegraph newspaper.

Both insisted on their plans to cut taxes , departing from the line of Rishi Sunak who wants to wait for a consolidation of public finances before considering embarking on such a path, in a United Kingdom plagued by inflation not seen for 40 years.

< p>“Without tax cuts we won't have growth,” said Sajid Javid on the BBC on Sunday, who when he announced his resignation from the government on Tuesday started the haemorrhage – some sixty departures in all – which turned out to be fatal to Boris Johnson.

Sajid Javid, 52, was followed nine minutes later by Finance Minister Rishi Sunak, but assured that the two men had not consulted.

Very popular for the multiple economic support measures deployed at the height of the pandemic, Rishi Sunak was for a time weakened by the revelation of the recourse of his wealthy wife to an advantageous tax system. The first heavyweight to have launched, he seems to have succeeded in bouncing back and enjoys many support from deputies.

But he risks suffering the wrath of the Johnson camp, who suspects him of treason. Rishi Sunak apparently did not notify the Prime Minister before leaving the government.

Another serious candidate, Nadhim Zahawi, who as Secretary of State had piloted the British anti-Covid vaccination program, before moving last week from the Ministry of Education to that of Finance, sees his start to the campaign weighed down by the revelation in the press of a tax investigation targeting him. He assured that all his financial interests have been duly declared.

The other competitors, whose chances of success appear to be much less, are Transport Minister Grant Shapps, the chairman of the Foreign Affairs Committee Tom Tugendhat, as well as the Attorney General – responsible for advising the government on a legal basis – Suella Braverman, and former Secretary of State for Equality Kemi Badenoch.

The party is still awaiting the entry into the race of Foreign Secretary Liz Truss, whose intentions do not seem to be in doubt , while another favourite, his Defense colleague Ben Wallace, announced on Saturday that he was giving up. raising the thresholds in terms of sponsorships or number of votes in the first part of the process.

But the treasurer of the 1922 Committee, in charge of the internal organization of the party, said he was “confident” on Sunday on LBC radio that the two finalists are known to 'here July 20.

Despite this tight schedule, the objective mentioned is to ensure that the final vote, open only to members of the Conservative Party, makes it possible to designate the winner by the start of of the month of September.