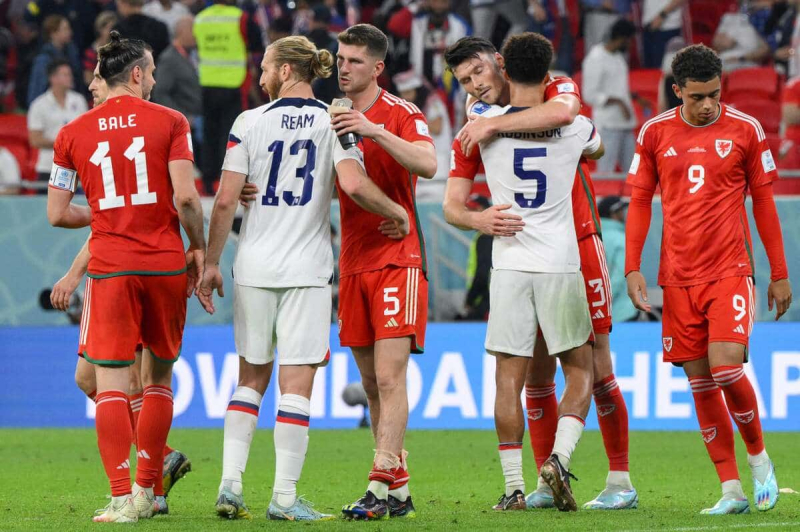 USA and Wales drew 1-1 on Monday to enter the World Cup, leaving the race to qualify fully open in a group where England swept Iran 6-2.

One half each: as much “Team USA” deserved to lead 1-0 at the break, thanks to Timothy Weah (36th), after having suffocated the Welsh for 45 minutes, the “Dragons” did not steal their equalizer by Gareth Bale (82nd on penalty), after a second period full of energy and will.

On their return to the World Cup after a 64-year absence, the Welsh had the support of a raucous and enthusiastic colony of supporters dressed all in red.

But from the outset, the Americans, who arrived in Qatar with the second youngest team in the tournament (after Ghana), deprived the British of the ball, and took almost total control of the midfield.

The first A clear chance came just 10 minutes into the game, when Josh Sargent put a powerful header on the post.

It was thought then that the Dragons would crack quickly. But Rob Page's players, failing to be able to develop their football, were well in place defensively. And it was only on their second opportunity that “Team USA” opened the scoring.

In the Weah family, the son…

George, the father, had shone with Paris or AC Milan before becoming president of his country, Liberia. But it was Timothy, the son, who put the family name in the World Cup Golden Book, opening the scoring for the United States.

All these young Americans are gaining experience in Qatar which, they hope, will will be valuable in four years, for their home World Cup in 2026 (the United States will co-host it with Canada and Mexico).

But the Welsh coach Rob Page, at the break, had to set the record straight. Because the reds returned to the field with much more ideas, aggression and enthusiasm.

The second period was at times unbridled, the two teams seeking in turn the knockout. The Welsh came close to equalizing in the 64th minute when Ben Davies saw his powerful header slammed over the bar by USA keeper Matt Turner.

And it was finally Gareth Bale , transparent for the first 45 minutes, which snatched the equalizer. Jostled in the area, the former Real Madrid striker left no one to transform the penalty logically whistled by the Qatari referee of the match, Mr. Al Jassim (1-1, 82nd).

Despite a “hooray football” end to the match, neither team managed to snatch victory.

This point of the draw is also for the two teams a point of victory. hope, in a group where Iran appears below the lot and England probably above.