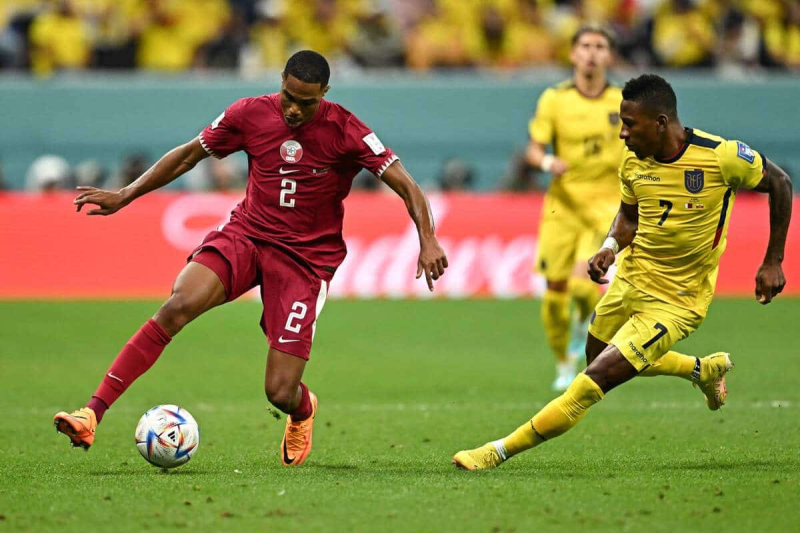 Into history… through the back door. Qatar, already very criticized extra-sportingly even before the start of the World Cup-2022, became the first host country to bow in the opening, defeated (2-0) by Ecuador from the untenable Valencia, author of a double on Sunday.

The football world wondered about the real level of Al-Annabi (the Bordeaux), who had been preparing almost behind closed doors for six months to make a success of their great debut at this level, and everyone could see that the reigning Asian champion, perhaps paralyzed by the stakes, did not measure up.

For its 4th participation, Ecuador hastened to seize the offering . After a goal disallowed for an offside that should be talked about (3rd), the “Tricolor” quickly found the opening (16), then made the break (31).

Each time thanks to the untenable Enner Valencia who provoked and converted a penalty, then widened the gap with a powerful header. Already in good shape with Fenerbahçe, the striker with 75 caps now has 37 goals… including 5 in World Cups. Touched just before half-time, the Ecuadorian tormentor was however replaced by limping in the 76th minute.

On his bench, the Qatari coach, the Spaniard Félix Sanchez Bas, trained at the Barcelona school , seemed dismayed. Just like the public, cooled by this catastrophic scenario more than by the air conditioning of the stands, which caused controversy in Europe.

Under the eyes of the current and former emirs, architects of Qatar's candidacy and in front of many heads of state, the spectacular Al-Bayt stadium, whose architecture imitates a Bedouin tent, seemed clearly won over to the because of the hosts of the world, with many locals, in traditional outfits, among the 67,372 supporters present.

The pre-match was marked by an opening ceremony with American actor Morgan Freeman as narrator and a message of “respect and inclusion”, in the context of recurring criticism against the emirate in terms of respect for human rights.

Organized as usual in a 3-4-3 formation and in difficulty behind their backs, regularly overtaken and little reassured by their goalkeeper, the Qataris suffered to exist in the first act and waited for stoppage time to show a better face. Faced with goal, Almoez Ali was unable to frame his header.

Less unbalanced, the second half was also less lively as the stands were somewhat sparse at the break to finish almost empty at the final whistle. But by playing at a slow trot, the 4th from the Amsud zone, whose game seems more established despite the substitutions, did not manage to increase his lead.

Unable to react, the Qataris now find themselves in a delicate situation after this indigestible aperitif against the opponent closest to them and when they will now have to face the Dutch and Senegalese big chunks in group A.