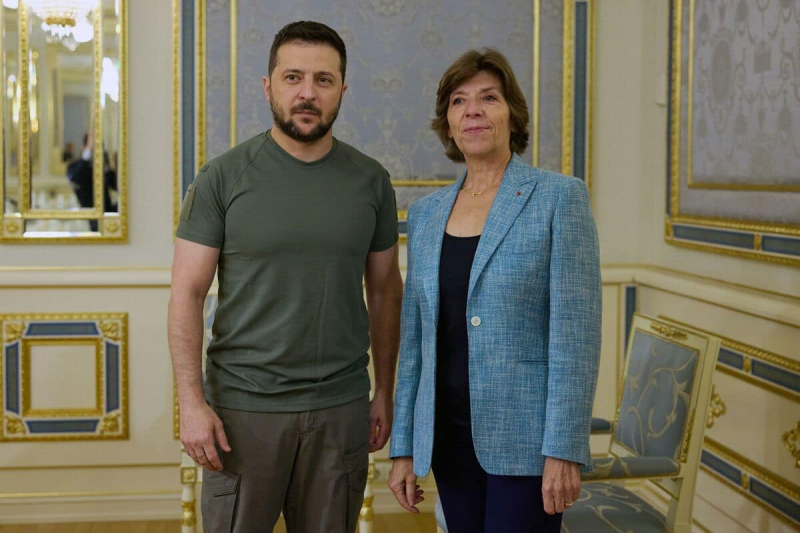 “No one would be fooled” if Moscow escalated the conflict in Ukraine on the pretext of Kyiv's use of a “dirty bomb” mentioned by the Russian government, Paris, London and Washington.

In a joint statement, the three foreign ministers “reject Russia's obviously false allegations that Ukraine is preparing to use a dirty bomb on its own territory. No one would be fooled by an attempt to use this allegation as a pretext for escalation.”

In telephone talks with several of his counterparts, Russian Defense Minister Sergei Shoigu spoke to his American, French, British and Turkish counterparts on Sunday about the conflict in Ukraine.

During of these exchanges of unprecedented intensity in a single day for Mr Shoigu since the beginning of the Russian offensive in Ukraine on February 24, he told most of his interlocutors of “his concerns linked to possible provocations from Ukraine with the use of a “dirty bomb”, according to his ministry.

Ukrainians and Westerners see it as a threat of preparations for a false flag attack, suspecting Russia is ready to detonate a “dirty bomb” itself to justify military escalation, for example by employing a nuclear weapon retaliatory tactics.

“We remain committed to continuing our support for Ukraine's efforts to def maintain its territory for as long as necessary,” the three capitals added in their joint statement.