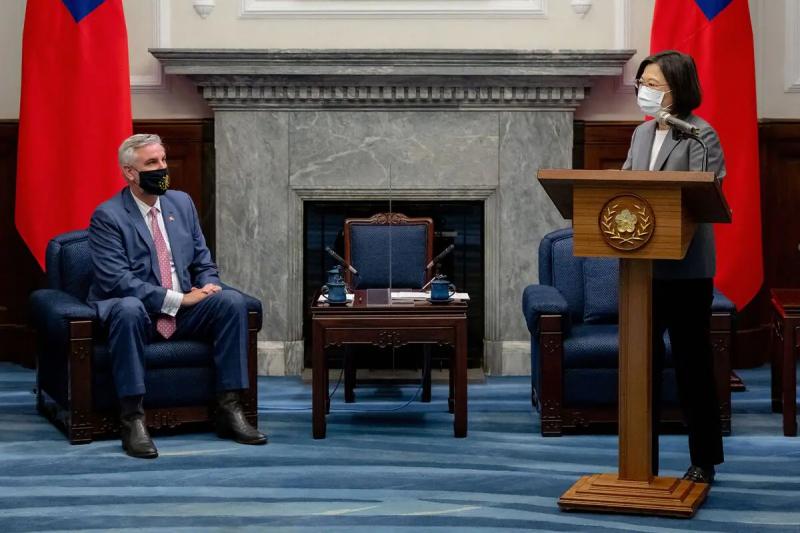 Tensions in the Taiwan Strait recently reached their highest level in years during the unprecedented military exercises organized by Beijing in response to the early August visit to Taipei by the United States Speaker of the United States House of Representatives, Nancy Pelosi.

Ms. Tsai made the statement during a meeting with a delegation of visiting American scholars on the occasion of the 64th anniversary of China's artillery campaign on the small island of Kinmen, known as ” Bombardment 823″.

“This battle to protect our homeland has shown the world that no threat whatsoever can shake the resolve of the Taiwanese people to defend their nation – neither in the past, nor today, nor in the future,” the president said. in 1958, killing at least 618 people in a campaign that lasted 44 days.

Kinmen belongs to Taiwan, but is only two kilometers east of the Chinese city of Xiamen.

Taiwan lives under the constant threat of invasion by China, which considers the island to be enjoying of a democratic regime as one of its provinces doomed to return to its fold, by force if necessary.

Beijing chafes at every diplomatic move moving towards official recognition of the island and every visit by Western politicians angers her.

In the week following Ms. Pelosi's visit, Beijing sent warships, ballistic missiles and fighter jets in the waters and skies of Taiwan.

Taipei has accused Beijing of using the recent trip of Ms Pelosi – the most senior US elected official to visit place for decades – as a pretext to start maneuvers that would allow him to make a rehearsal for an invasion on.