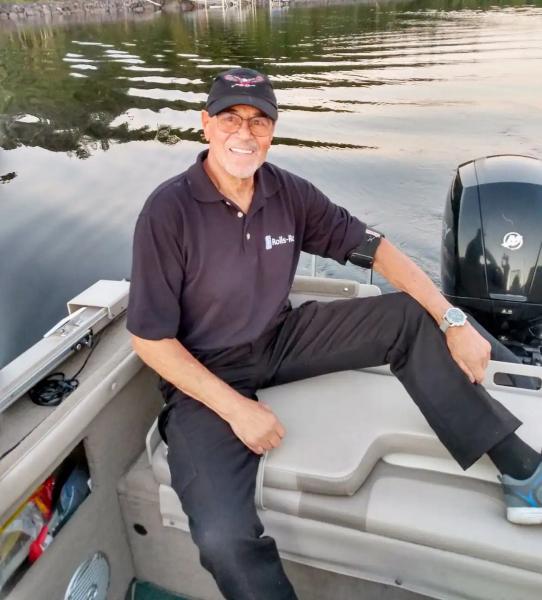 When the Nordiques joined the WHA in 1972, it was a unique opportunity to experience a second chance for veterans at the end of the course, young leftovers and even players banned from the League national. Jacques Blain knows something about it.

The Gatineau defenseman, who grew up in the Toronto Maple Leafs organization, quickly found himself in the camp of the ostracized when his fiery character played a trick on him.

Working his way through three years with the Leafs, Blain thought he was on the verge of a breakthrough when a misplaced blow derailed his career. Major differences with Ray Miron, a member of the organization, escalated to the point where Blain's rage took over.

“I had a conflict with Ray Miron and I I was physical with him, “says the 75-year-old man today, without revealing more details.

The altercation earned him a three-year suspension from the National League. Teams, including the Canadian, wanted him despite the incident, but there was no possible escape. Nothing to do with the candy awards of today's NHL.

“I've always said that I didn't break into the NHL because of my character rather than lack of talent. I was entering the best years of my career as a defender at 23, but I was stuck. Toronto had my exclusive rights and I was locked out, ”he says.

With no options in front of him, Blain joined the ranks of the Long Island Ducks, in the tough Eastern League.&nbsp ;

“I had to go and play with a real gang of madmen, in the days of sick hockey. It was quite a punishment”, he expresses himself with still evident bitterness.

The call of the Nords

When his suspension ended when he was 25 years old, in 1972, the AMH began its activities and Quebec became a land of welcome designated to try to reclaim his dream.

“I've had a pretty eventful life in hockey, and the Nordiques have given me another chance to do what I wanted to do: play on a major professional circuit.

“For me, it was even superior to the NHL in terms of salaries and travel conditions. The WHA allowed all the players capable of playing in the NHL, but who never had their chance, to be able to distinguish themselves and prove that they could play pro, ”says Blain.

The WHA adventure only lasted one season. The following year, in 1973, conflicts with the new head coach of the Nordiques and former legendary goaltender Jacques Plante turned the experience sour.

Blain found himself in the school club in Maine, in a role that eventually led him to become a player-coach. The outcome turned out to be happy despite everything, since the coaching fiber won it. He has since coached at several levels in junior and senior hockey, which he still does today, in the Dolbeau region.

“I have regrets because my career was sabotaged by personal conflicts, but there is nothing I would do differently. I had a great life and a great career. I am amply satisfied,” he concludes serenely.