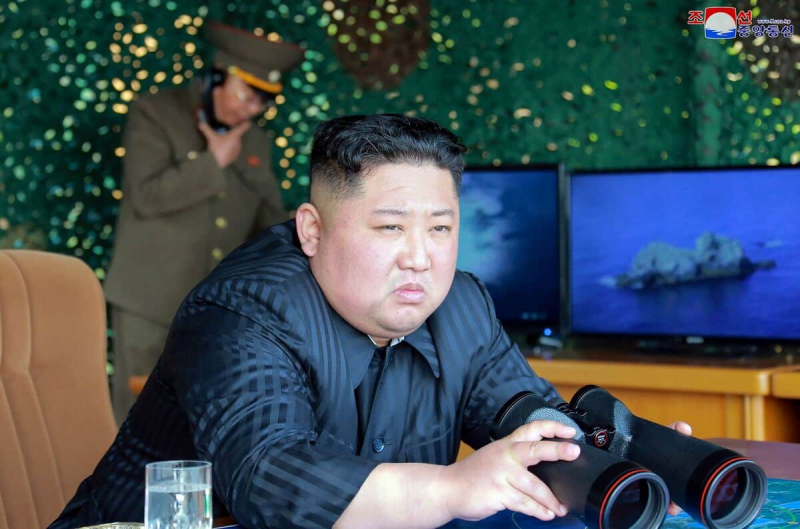 North Korea's Defense Ministry on Tuesday called “baseless” US accusations that Pyongyang was supplying artillery ammunition to Russia for its war in Ukraine, the agency reported. North Korean state KCNA.

Tensions are rising on the Korean peninsula after a flurry of North Korean weapons tests last week (at least 23 missiles fired in one day, plus a intercontinental ballistic missile), as the United States and South Korea have just completed their largest joint air exercises there.

Pyongyang's denial responds to accusations made last week by White House National Security Council spokesman John Kirby. He claimed that North Korea was sending a “significant number” of shells to Russia “in a covert manner,” “trying to make it look like they were being sent to the Middle East or Africa.”

The spokesperson clarified that at present, Washington was trying to find out if this North Korean military aid had indeed been received by the Russians.

“Recently, the United States persists in spreading an unfounded rumor of 'arms contracts' between the DPRK (Democratic People's Republic of Korea, North Korea) and Russia,” said a statement from the Deputy Director of Military Foreign Affairs of the North Korean Ministry of National Defense, quoted by the KCNA agency.

“Once again we want to make it clear that there have never been any + arms contracts + with Russia and that we do not foresee any in the future”, adds the press release, seeing in this “rumor” a “hostile attempt to tarnish the image of the DPRK in the international arena”.

John Kirby added last week that he “doesn't think the equipment that (Russian President Vladimir Putin) is receiving or will receive is going to be a game-changer on the battlefield in any tangible way”.

He also felt that the alleged North Korean aid was indicative of Pyongyang's choices, but also of the “shortages and needs” of the a Russia.