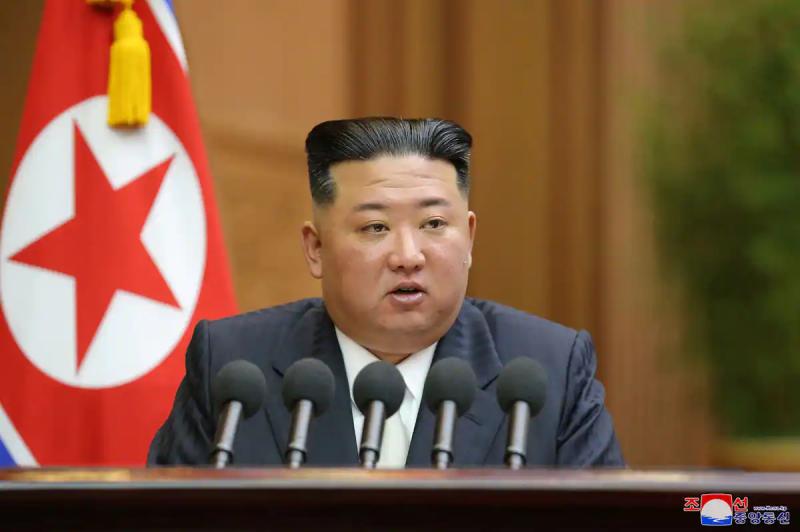 North Korea fired an unidentified ballistic missile into waters off its eastern coast on Sunday, the South Korean military said, days after a US nuclear-powered aircraft carrier for exercises.

This launch, one of many carried out this year by Pyongyang, also comes following reports that North Korea may be preparing to launch an underwater ballistic missile.

The Japanese coast guard has also raised the possibility of launching a ballistic missile, based on information from the Japanese Ministry of Defense, and asked ships to be vigilant.

“Vessels are urged to be alert to any new information, and if you spot any foreign objects, please do not approach them, but inform the Coast Guard,” the latter said.

< p>Japanese public television NHK said that the object in question seems to have fallen outside the exclusive economic zone of Japan.

On Friday, the American nuclear-powered ship USS Ronald Reagan and vessels attached to it docked in the port city of Busan, on the southern coast of South Korea.

This presence responds to the will Seoul and Washington to increase the number of US strategic assets operating in the region.

South Korean President Yoon Suk-yeol, who took office in May, has promised to strengthen military exercises joint with the United States, after the failure encountered by his predecessor in diplomatic attempts with North Korea.

The USS Ronald Reagan will soon conduct joint exercises with the South Korean military off the country's eastern coast.

Washington is Seoul's top security ally and has about 28,500 troops in South Korea.

The two countries have long conducted joint exercises. They insist they are purely defensive, but North Korea sees them as rehearsals for an invasion of its territory.

South Korean and American officials have been warning for months that North Korean leader Kim Jong-un is preparing to conduct another nuclear test.

In May, Pyongyang conducted a test-firing of a short-range ballistic missile from Sinpo, a major North Korean shipyard.

The North Korean regime has tested nuclear weapons six times since 2006. The latest and most powerful test came in 2017, with an estimated yield of 250 kilotons. Pyongyang mentioned a hydrogen bomb.