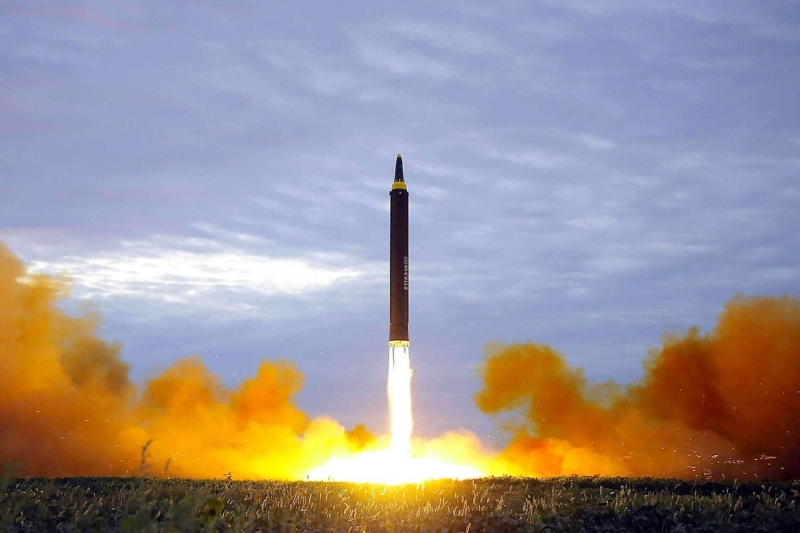 North Korea launched a new ballistic missile on Thursday, hours after promising a “fierce” response to the strengthening military alliance between Washington, Seoul and Tokyo. < /p>

Earlier this week, during a meeting on the sidelines of the G20 summit in Bali, US President Joe Biden tried to convince his Chinese counterpart Xi Jinping to intercede with North Korea to give up carrying out a nuclear test, as Washington and Seoul attribute to him the intention.

Mr. Biden, his South Korean counterpart Yoon Suk-yeol and Japanese Prime Minister Fumio Kishida had also promised a “strong and firm” response on Sunday if Pyongyang carries out this test, which would be the first since 2017 and the seventh in its history. .

On Thursday, North Korean Foreign Minister Choe Son Hui condemned the leaders' meetings, saying they are “driving the situation on the Korean peninsula into an unpredictable phase.”

“The reinforcement of +the American offer of extended deterrence+ and the daily increase in military activities of the allied forces around the Korean peninsula are senseless acts”, Mr. Choe said in a statement carried by the official KCNA news agency.

The more Washington tries to strengthen its security alliance with Tokyo and Seoul, “the fiercer the DPRK's military response will be”, Choe said, using the sign of the Democratic People's Republic of Korea, the name North Korean official.

Thursday's missile launch appears to have been timed to coincide with the minister's statement, experts say.

North Korea “fired the missile after issuing the statement hours earlier. She is trying to justify the launch and send a message to the United States and Japan,” said Cheong Seong, a researcher at the Sejong Institute in South Korea.

North Korea has carried out an unprecedented flurry of projectile launches in early November, including that of a ballistic missile that fell near South Korean territorial waters. President Yoon denounced a “de facto territorial invasion”.

In September and October, Pyongyang had already carried out a copious series of firings, including that of a ballistic missile which had flown over Japan for the first time in five years.

The latest rounds of launches have been accompanied by artillery barrages near the inter-Korean demarcation line and wide-ranging air sorties over North Korean skies.

Pyongyang justified its November actions with the “aggressive and provocative” attitude of Seoul and Washington, who at the same time were carrying out the largest air maneuvers ever carried out between them.

Analysts believe that North Korea, which under UN resolutions has no right to launch ballistic missiles, has become emboldened by the likelihood of escaping any further UN sanctions due to divisions in the Security Council.

China, Pyongyang's main diplomatic and economic ally, joined Russia last May in vetoing a US attempt to tighten sanctions against North Korea.

Any additional sanction would also have adverse effects limited, say analysts, North Korea having already practically cut itself off from the world since the beginning of 2020 in an attempt to preserve itself from Covid-19.