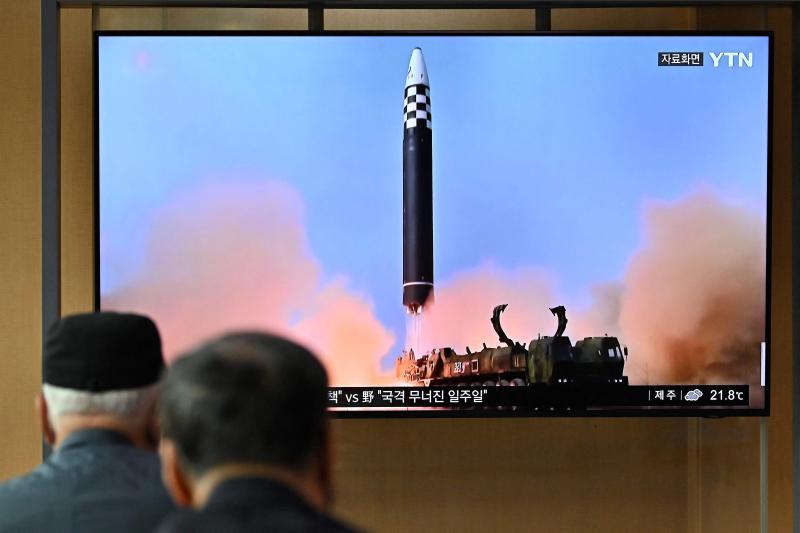 North Korea launched two new ballistic missiles on Thursday and called the weapons tests “just retaliation” against Washington and Seoul and their military exercises in the region.&nbsp ;

The new firings came as the UN Security Council met in New York to discuss the launch of another North Korean missile that had flown over Japan two days earlier.

< p>According to the South Korean military, two short-range missiles were launched on Thursday morning from around Pyongyang towards the Sea of ​​Japan. The Japanese Coast Guard confirmed having detected these projectiles.

On Tuesday, a Hwasong-12-type missile flew over Japan and traveled about 4,600 km, possibly the longest distance Pyongyang has ever reached in its tests, according to Seoul and Washington.

It was the first time in five years that a North Korean projectile passed over Japanese territory.

North Korea, which in September adopted a new doctrine making its status as a nuclear power “irreversible”, this year stepped up its firing and launched an intercontinental ballistic missile (ICBM) for the first time since 2017.

Following Tuesday's launch, Washington had called for an emergency meeting of the United Nations Security Council. But China, an ally and economic partner of North Korea, also blamed the United States there.

He accused Washington of “poisoning the regional security environment”.

On Wednesday, South Korea and the United States fired five ballistic missiles – one of which crashed after launch – at fictitious targets in the Sea of ​​Japan. And the day before, the air forces of the two countries had conducted firing exercises in the Yellow Sea.

Seoul also announced the return to the region of the US nuclear-powered aircraft carrier USS Ronald Reagan, which conducted exercises with the South Korean navy in September.

The Security Council meeting was supported by France, the United Kingdom, Albania, Norway and Ireland.

US Ambassador to the UN Linda Thomas-Greenfield denounced “a clear effort by China and Russia to reward (North Korea) for its bad actions”, and called for tougher sanctions against Pyongyang .

In May, Beijing and Moscow vetoed a Security Council resolution imposing new sanctions on North Korea, while the body had unanimously adopted heavy sanctions in 2017.

According to analysts, the regime of North Korean leader Kim Jong Un is seizing the opportunity of the impasse at the UN to push its weapons tests ever further.

Seoul and Washington expect North Korea to resume nuclear testing, suspended since 2017, likely after the Chinese Communist Party Congress which begins on October 16.

“At this point , for Kim, backtracking and stopping the provocations would seem counterproductive to his interests. Not to mention the amount of resources wasted conducting these weapons tests,” Soo Kim, an analyst at the RAND Corporation, told AFP.

“We are definitely in a cycle of armed provocation” , she said.