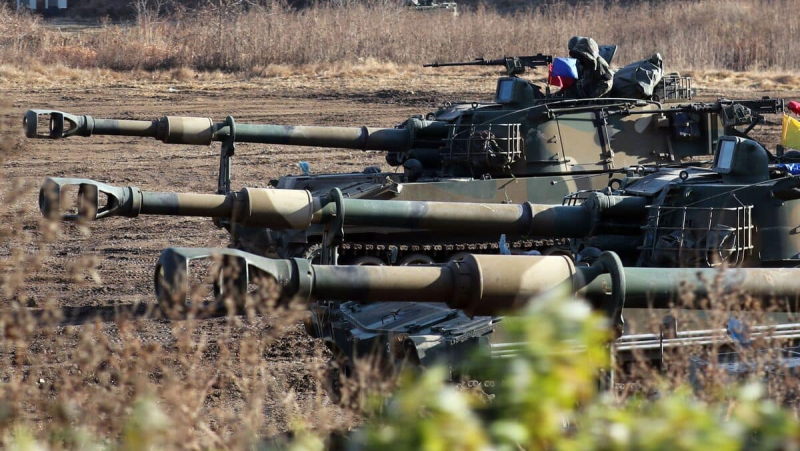 North Korea's artillery carried out barrage fire on Monday in the maritime “buffer zone” near the border with South Korea, the South Korean military said.< /strong>

The North Korean military simultaneously fired around 130 artillery fire at 14:59 (05:59 GMT) from two different sites, one located to the east over the Sea of ​​Japan and the another located to the west on the Yellow Sea, the South Korean forces' general staff said in a statement.

The general staff called the firing a “clear violation” of the military agreement reached in 2018 between Seoul and Pyongyang. This agreement established a “buffer zone” on either side of the inter-Korean maritime border, where any naval exercise or firing with live ammunition is prohibited in order to reduce the risk of incidents.

No shells fell on the South Korean side of the border, the general staff said.

For its part, North Korea claimed it was a “retaliatory warning” against what it described as multiple artillery fire by the South.

A spokesman for the General Staff of the North Korean People's Army said in a statement that “dozens of projectiles” from multiple rocket launchers were fired by the South on Monday.

The North Korean military “will always heed all provocative actions by the enemy and respond with resolute and overwhelming military action,” he added in the statement carried by the official KCNA news agency. /p>

Seoul did not report any military drills, but local media said the South Korean and U.S. armies are currently conducting firing exercises in the area.

Pyongyang has carried out artillery fire towards the “buffer zone” on several occasions in recent months, at a time of heightened tensions on the Korean peninsula.

North Korea has also carried out recent weeks to a record series of missile launches, and Seoul and Washington lend it the intention of soon carrying out a nuclear test, which would be the seventh in its history and its first since 2017.

Pyongyang, which, under UN Security Council resolutions, has no right to test missiles es ballistics, says the tests are a response to major military exercises conducted by South Korea, the United States and Japan in the region.