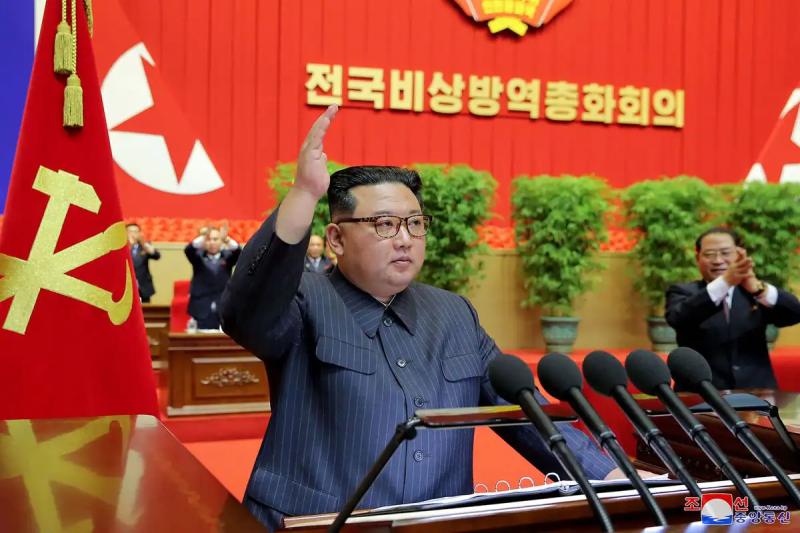 North Korean leader Kim Jong Un on Wednesday proclaimed a 'smashing victory' over COVID-19, after falling ill himself, according to his sister who accuses Seoul of being behind it of the epidemic in his country.

Chairing a meeting with health personnel and scientists, Kim Jong Un welcomed this “victory (…) in the war against the malignant pandemic disease,” according to the official KCNA news agency.

“The victory won by our people is a historic event that once again showed the world the greatness of our state, the indomitable tenacity of our people and the fine national customs of which we are proud,” the North Korean leader added. , quoted by the agency.

North Korea, one of the first countries in the world to close its borders in January 2020 after the virus emerged in neighboring China, announced its first case of coronavirus on May 12, and Kim Jong Un took personal fighting the epidemic.

Since July 29, Pyongyang has not reported any new cases.

North Korea has recorded nearly 4.8 million “ cases of fever”, as the expression used to designate the number of infections, since the end of April, with only 74 deaths, an official fatality rate of 0.002%, according to KCNA.

The management of the epidemic “is an unprecedented miracle in the history of public health worldwide”, launched Kim to thunderous applause, according to the news agency.

The influential leader's sister revealed that he himself had been sick, according to another KCNA report.

The leader “suffered from high fevers during the days of this quarantine war, but he could not not lie down for a moment because he was thinking about the people he was responsible for,” said Kim Yo Jong.

This is the first time that Pyongyang has announced that Kim Jong Un, whose health is the object of the greatest attention of observers, has been infected with the coronavirus.

Kim Yo Jong also accused the South Korea of ​​being the source of the epidemic in its country, via the sending of propaganda leaflets by balloons.

Pyongyang had previously accused “foreign things” near the border with the South of having caused the COVID epidemic in this isolated country, allegations rejected by Seoul.

Analysts say declaration of victory against COVID demonstrates North Korea's willingness to move on to other priorities, “like reviving the economy or conducting a nuclear test,” Leif-Eric says. Easley, a professor at Ewha University in Seoul.

“Kim Yo Jong's belligerent rhetoric is worrying because not only will it attempt to blame South Korea for a possible Covid resurgence, but it also seeks to justify North Korea's next military provocation,” he added.

Experts, including the WHO, are skeptical of Pyongyang's health statistics and its epidemic control.

The country's hospitals are notoriously under-equipped, with few intensive care units and no coronavirus treatment or vaccine available, experts say.

Neighbouring South Korea, which has an efficient health system and a high rate of vaccination ination within its population, shows by comparison a mortality rate of 0.12%, according to official figures.