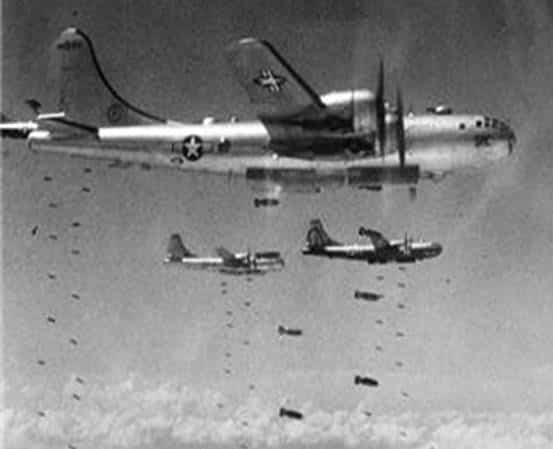 North Korea tested an intercontinental ballistic missile on Friday that fell off Japan. The launch could signal an imminent nuclear test on its part, the first since 2017 and the seventh in its history.

Pyongyang carried out an unprecedented series of launches in early November. type of missiles capable of reaching the United States as far as Washington and New York.

The North Korean regime claims that it is developing intercontinental ballistic missiles with nuclear warheads because it is the only way to protect against attacks like those the United States carried out against the country during the Korean War (1950-1953).

For seventy years, the Kim regime has constantly reminded North Koreans, in schools, in movies and on television, of the terrible crimes Americans committed against their grandparents.

Crimes of the Korean War

This conflict was initiated, it should be emphasized by the invasion of South Korea by the North Korean communists then led by Kim Il-sung (the grandfather of the current dictator Kim Jong-un), supported by Stalin and Mao . The Americans then responded with the same strategy of massive strikes against civilian targets used against Japan in 1945 (Tokyo, incendiary bombs; Hiroshima and Nagasaki, nuclear bombs).

Questioned in 1984 by the historical services of the Pentagon, General Curtiss LeMay, who then commanded the Strategic Air Command, assured about the bombings in North Korea: “During a period of about three years, we killed 20% of the population . For his part, the future Secretary of State, Dean Rusk declared that the United States bombed “everything that moved in North Korea, every brick that rested on another brick”.

At the time, voices were raised all over the world to cry war crimes, but in the United States, these bombings were ignored in the media. From Okinawa in Japan and its aircraft carriers, the United States dropped more than 698,000 imperial tons of bombs on North Korea, including 32,557 tons of napalm, destroying 18 of its 22 largest population centers. Pyongyang, the capital, is 75% destroyed. For comparison: for all Pacific operations during World War II, the United States used only 500,000 imperial tons.

Much of North Korea's infrastructure is also wiped out. US aircraft destroy hydroelectric dams and irrigation dykes, reducing North Korea's rice supply by 75%, violating with impunity the clauses on the protection of civilians established by the Geneva Convention which has just been signed. to be enacted in 1949.

According to historian Charles K. Armstrong, the U.S. Air Force estimated the destruction of North Korea to be proportionately greater than that of Japan during World War II .

The hatred that the people and the North Korean regime hold in the United States today includes desires for revenge.