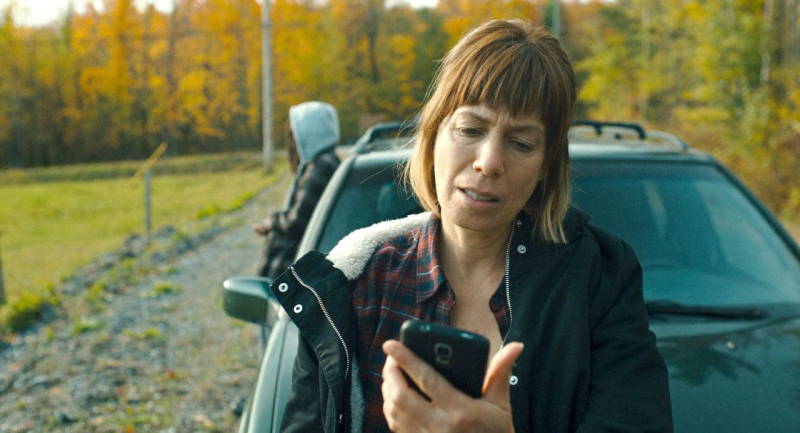 Three years after being nominated for an Oscar for her short film Marguerite, filmmaker and actress Marianne Farley offers a first feature film, North of Albany, in which she was inspired by a harrowing misadventure in the Adirondacks, a few years ago, to address the themes of flight, parenthood and incommunicability. The Journal met her.

North of Albany tells the story of a single mother who flees Montreal with her teenage boy and daughter. Where did the idea for the film come from?

“About eight years ago, on my way home from my brother who lived in New Jersey, my car broke down in the Adirondacks. I felt held hostage in a place where I didn't want to stay. It was super stressful. But at the same time, I found the experience to be thematically and dramatically rich. The director Claude Brie, who is the father of my boys, came to pick me up in the United States and when I came back, I told him: we are going to write a film about it.

In the film, the mother decides to flee to protect her daughter who has been involved in an altercation that has gone wrong. But maybe it's not the best decision?

“I hadn't yet made a film that talks about parenthood and motherhood, and I felt like exploring that, because it's something that I experience as a mother. It's complex to be a parent. Sometimes you think you are making the best decision for your child and you realize, two years later, that was not the case. You have your own biases, your own contradictions, your own flaws that get in the way of the right decision. In the film, the mother desperately wants to be there for her daughter and make the right decision to save her. But in the end, she does the worst thing: she teaches him to run away when life is not going well. Ultimately, I believe that we bequeath to our children what we have not resolved within ourselves.”

“I think it's something I do subconsciously. I really like retaining information. As a spectator, I don't like being taken by the hand and having everything explained to me. I like to discover as I go along and I like the things left unsaid, which probably adds to the suspense that we find in my films. Maybe it's because I watched too many Hitchcock movies!”

Céline Bonnier plays the role of the mother. But this character was first written for you?

“It's true that initially it was written for me. Claude [Brie] was to direct the film and I was going to play the lead role. Then, finally, a few years ago, I was looking to make my first feature film and we kind of pulled this project out of the drawer. And it is certain that from the moment I made the film, I was not going to play in it. I co-produced, scripted and directed it during a pandemic, that was enough work! If I had also had to be in front of the camera, it would have been really too demanding.”

How would you rate the impact of your Oscar nomination in 2019 on your career as a director?

“Of course it didn't hurt. We talked a lot about Daisyand it gave me a credibility, as a director, that I would not have had easily. But at the same time, it does not allow me to have funding automatically. It's an environment that's not obvious to anyone, even if you've already been to the Oscars.”

You started out as an actress, but now you seem to be working more as a director. Have you given up acting?

“I've had less time to work as an actress over the past few years, but I've done some acting on the show Transplant this year and I really enjoyed it. It had been since the movie Ours (2020) that I had not played, and it did me good. It was fun to arrive on a set and just have one thing to deal with and just be happy and listen. So I have no intention of putting the profession of actress aside. I love it so much.”