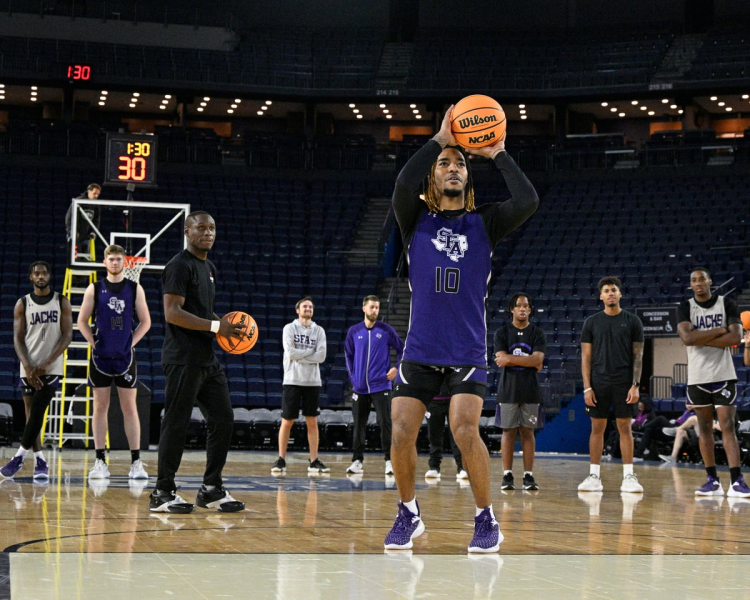 LAVAL – It's hard to find better than players who dream of the NBA to inspire others. This is essentially what will happen from Friday to Sunday, at Place Bell in Laval, with the presentation of the Northern Classic during which six NCAA basketball teams will be honored to play a total of nine games. .

“It's a great experience for our team,” Montana State Bobcats head coach Danny Sprinkle said Thursday before his team practiced at Laval. There will be young people who will come to see these matches this weekend, and who knows if one of these young people will not be recruited one day by our university? Hope they remember Montana State.”

Hofstra, Middle Tennessee, Quinnipiac, Stephen F. Austin and UNC Greensboro will be the other clubs present in Laval throughout the weekend.

Sprinkle is well aware of all the talent emerging from the Montreal area in the past few years in the world of basketball.

“There are very good players who come from here, he noted. Just last week we played against the University of Oregon. Keesawn Barthelemy and Quincy Guerrier were in their team and these two come from here.”

Among the athletes from Montreal, Sprinkle naturally has good words for Bennedict Mathurin, this Quebecer having also been selected earlier than sixth overall in June during the last NBA Draft.

“I'm glad he's in the NBA because I won't have to coach against him,” the coach joked about the Indiana Pacers rookie. We just have a game scheduled, outside of our conference, against the University of Arizona at the end of December. He's an exceptionally talented player, he was fun to watch last year in the NCAA.”

While the games played at Place Bell do count in the standings for the teams present, they are focusing on the same objective for the coming months: qualifying for the famous March Madness tournament. Of the six clubs present in Laval, only the Montana State Bobcats took part in the big tournament in 2022.

“Every year, it is the objective to go to March Madness , acknowledged Sprinkle. For our school, to have participated in this tournament last year, it was huge.

Montana State had however suffered a bitter loss from 97 to 62, in the first round, against the prestigious University of Texas Tech.

A role of ambassadors

Also present Thursday, in Laval, Kyle Keller, head coach of the Texas Lumberjacks from Stephen F. Austin State University, is another who wants to lead his team to the famous tournament of March.

“We only talk about that, we not only want to qualify for March Madness, but we want to win games there,” projected Keller .

Until then, each of the six teams present in Laval has three games to play at Place Bell by Sunday and, by the way, young people to dream about.

“Everyone has goals and dreams in life,” Keller philosophized. It's a great opportunity these days for our players to be ambassadors for basketball.”