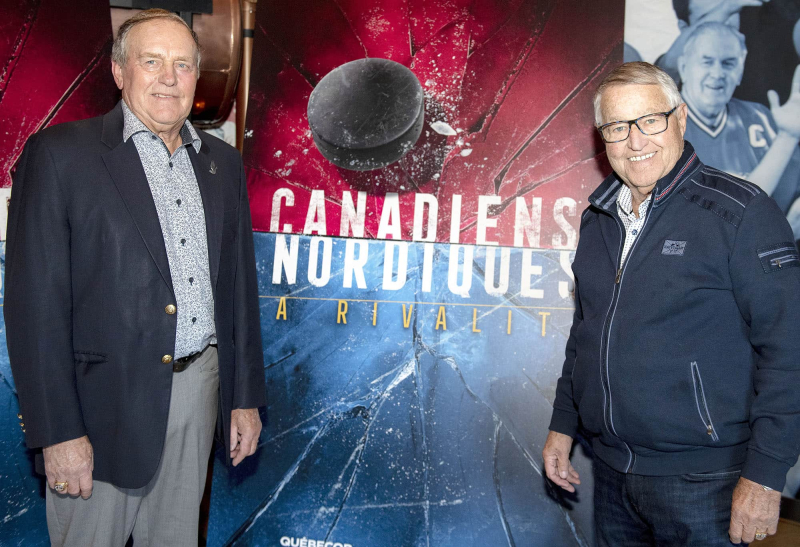 Michel Bergeron almost choked on his popcorn so much he laughed when he saw Peter Stastny on screen during the press screening of the series Canadiens Nordiques – The rivalry Monday, in Boucherville.

In the first episode broadcast, Stastny summarizes, in his own way, the first speech received by the head coach upon his arrival in Quebec: “the ice is white, the puck is black and I want to win”.

“These are memories that are imbued in my head, a lot of nostalgia, a lot of emotions, commented Bergeron, after the viewing. Those years, I lived them at 100 miles an hour. »

A Duty to Remember

Nostalgia, no doubt, but the series Nordic Canadians – The Rivalry also takes the form of 'a duty of memory.

“We realize that there were different values ​​from one end of the province of Quebec to the other,” noted Jean Perron, former head coach of the Habs, who then spent time behind the bench. Nordic. The values ​​of Montreal and those of Quebec were not the same. The way the Nordiques had planned their team with a bunch of French speakers, it forced the Canadiens to do the same.

“If the Nordiques aren't there, the Canadiens will probably stay with a bunch of Anglos, added Perron. Me, I would never have directed in Montreal, Jacques Demers either. And Serge Savard might never have been general manager of the Canadiens. »

The documentary series, whose producer is Marie-Claude Morazain, paints a portrait that goes beyond hockey.

“We wanted a point of view that would speak to everyone, whether at general public or insiders, summarizes Nadège Pouyez, General Manager Strategy, Original Content and Convergence for Quebecor Content. Each episode is tied up and aims to structure as if we were living it for real. »