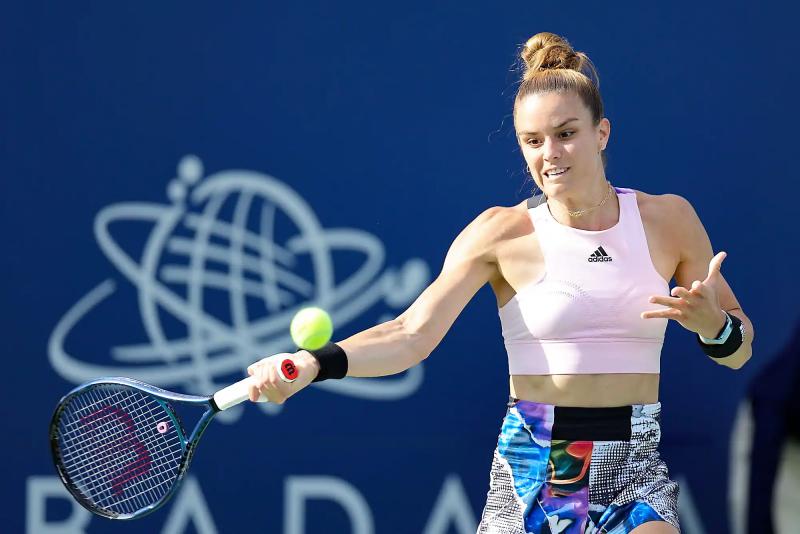 TORONTO | Yet that was her goal since she picked up her first racquet. But Greece's Maria Sakkari, world No. 4, admitted she finds it difficult to be among the best players on the planet.

“It was not easy to recognize,” she said at a press conference on Sunday. But that's the reality. I have to learn to deal with the pressure. »

Athlete dynamic said 'not feeling like yourself' for a few months.

“Even in San Jose [last week] it was like that,” she pointed out.

But Sakkari can count on a confidante of choice: his mother Angeliki Kanellopoulou, who was also a professional tennis player.

Among the women, she was also the first great Greek star of this sport.

“My mum always tells me to take advantage of it, because from experience she knows that careers don’t last that long. So that's what I'm trying to do now,” Sakkari explained.

“I'm 27 years old. I'm not saying I'm going to retire soon, but I know I don't have 15 more years of tennis ahead of me. So for the first time, I'm going to try to listen to what my mother tells me… on the pitch. Because as a child, I listened to it all the time! » she continued with a laugh.

Sakkari explains that this difficult moment began after this final lost in Indian Wells in front of the world number 1, the Polish Iga Swiatek.

It was not the setback that affected her. But rather, the knowledge that the day after this match, she would be ranked No. 3 in the world. 3. No, my goal is to be number 1 in the world and to win several Grand Slam titles. […] But I have a hard time stepping back and realizing what I have accomplished.”

The pressure of a people

Sakkari's meteoric rise— in recent years comes with additional pressure: that of being from a country where the great tennis stars are rare.

Of course, on the men's side, there is Stefanos— Tsitsipas who, at 23, has already played in a Grand Slam final (last year at Roland-Garros ).

But among women, the second highest ranked Greek, Despina Papamichail, is ranked 189th in the WTA rankings.

« J I've always been compared to my mother, who was very famous. People in my country always said that I would not succeed. And suddenly, I'm third in the world. It was hard for me.”

“At least, Sakkari added, she is there to remind me how many people love me and are proud of me. But it takes time to achieve. And here, I think I'm on the right track and you're going to see a different Maria. ”