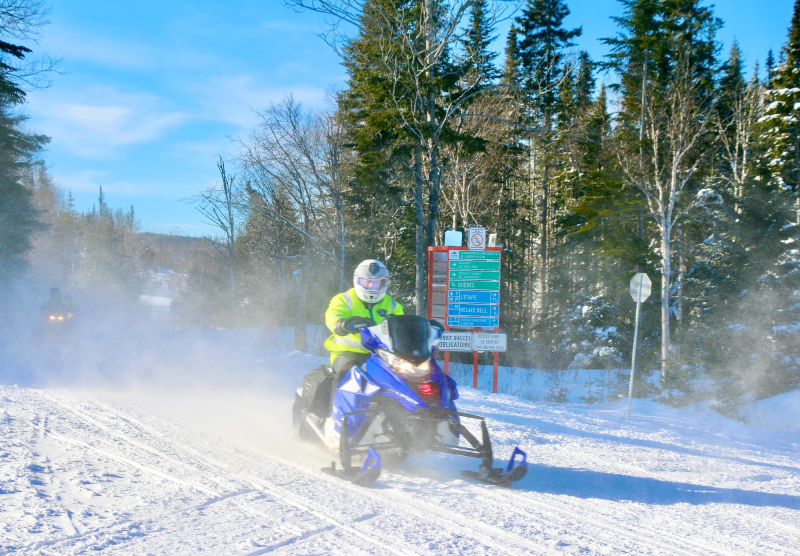 At the time of writing these lines and after checking with those in charge of trail conditions at the Fédération des clubs de motoneigistes du Québec, nothing is open yet, despite the fallen snow.

” It's very simple to summarize in terms of trails and clubs, currently [Monday], there are no open trails in Quebec,” says Michel Garneau of the Fédération des clubs de Quebec snowmobilers.

Several reasons explain this situation, he specifies. “In some cases, there is not enough snow on the ground or the club volunteers have not finished making the necessary preparations. Depending on the terrain, you need a good layer of snow. The installation of signage is not complete in several places. But, for whatever reason, there are no officially open trails at this time. ”

So, from this information, it must be understood that patience is required.

“We ask that snowmobilers exercise a certain patience and restraint. No one can know what is hidden under the snow. A little restraint at this time of the year can prevent accidents, but also mechanical breakdowns,” emphasizes Mr. Garneau.

In addition to the question of repair costs (especially with rising prices and snowmobile parts being no exception), the enthusiast must “take into account the shortage that affects all walks of life, adds- he. It is therefore possible to believe that the broken part may be the one that is in “back order”. This means that the snowmobiler could go without his snowmobile until March. Basically, for an exit too early, you risk endangering your season. It is in this spirit that we advise fans to put the odds on their side, leaving only when the conditions have been validated by the volunteers. /strong>

Many snowmobile enthusiasts seem to forget that club volunteers are first and foremost snowmobilers.

“Club volunteers are also snowmobilers. They want to go out as much as anyone. It is also a point of pride for them to have open and safe trails. I therefore invite snowmobilers to trust the judgment of volunteers and put the odds on their side,” explains the expert.

Another very important point and especially not to be overlooked at the start of season is the state of the ice, before embarking on an adventure.

“With the arrival of the snow, everything under it is covered. We can see lakes that are frozen, but unfortunately, we do not have the ability to know the amount of ice that there is under the snow. We must also remember that snow is an insulator. Therefore, what is on the ice early in the season slows down the freezing process “, specifies Michel Garneau.

According to expert charters, it is recommended to have a minimum of 12 to 15 centimeters (5-6 inches) of ice thickness for a snowmobile to travel safely.

“ We recommend that suitable people do not venture onto a waterway at this time. Once the season is more advanced and the trails have been marked, traffic will be safe. Club volunteers come out, make holes in the ice and measure the thickness. They won't open the trails until it's safe. Unfortunately, every year we have drownings. We don't want to increase these statistics. Again, a little patience please. »

Always keep in mind that only Mother Nature and its weather will make the difference.

“Yes we are ahead in snowfall, but it is not necessarily guaranteed that the season will start earlier, mentions the expert. If we rely on the forecasts for the next few weeks, I don't think we will have enough cold weather to regularize the situation. It takes more than snow to successfully start the trail network. The ideal situation is that it is cold enough to freeze the ground, before the snow falls. With temperatures of minus two degrees, ice formation will be rather difficult. Talk to anyone who does anything other than snowmobiling like ice fishing. They will confirm that it takes cold to form enough ice for it to be safe.

From what I have seen, temperatures will warm up and in some parts of Quebec , we even announce rain. What is likely to happen is that parts of the trails will be open. The entire network will not be available soon.