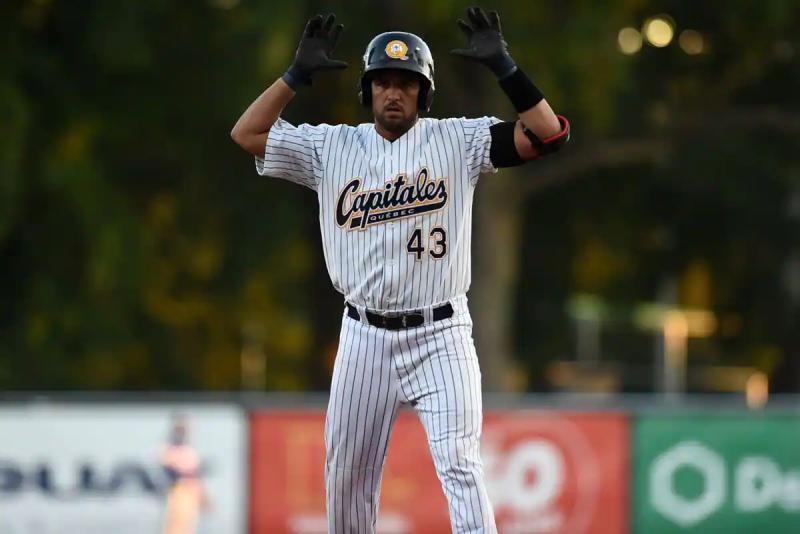 Les Capitales de Québec are only two wins away from equaling their best streak of the season, established at 13 at the start of the season. The Capitale-Nationale squad picked up their 11th straight win on Saturday in Ottawa, where they beat the Titans 5-3.

Manager Patrick Scalabrini's men won thus widening their lead in first place in the Frontier League, with a record of 41-15, their closest pursuers being the Titans (35-22).

Offensively for the visitors, T.J. White was the most productive, with two RBIs on two hits. The first baseman hit a one-run double on the initial push, in addition to hitting a long solo ball in the eighth inning.

The visitors were well in control at the halfway mark, leading 4-0. add two more on the next run, closing the gap to a single run.

Despite White's homer in the eighth inning, the Titans threatened on their last chance in the ninth. Runners were set up at second and third bases, as reliever Nick Horvath recorded the first two outs as two opponents bit the dust. Horvath ended the threat himself by striking out the last batter of the crowd favorites. He signed his second save of the campaign.

Starter Joel Huertas (1-0), who allowed the Titans three points, still added the gain to his record, while the loss was recorded in the record of Chris Burica (5-3).

The Capitals will have the opportunity to clean up this series on Sunday, in addition to trying to sweep a third series right away.