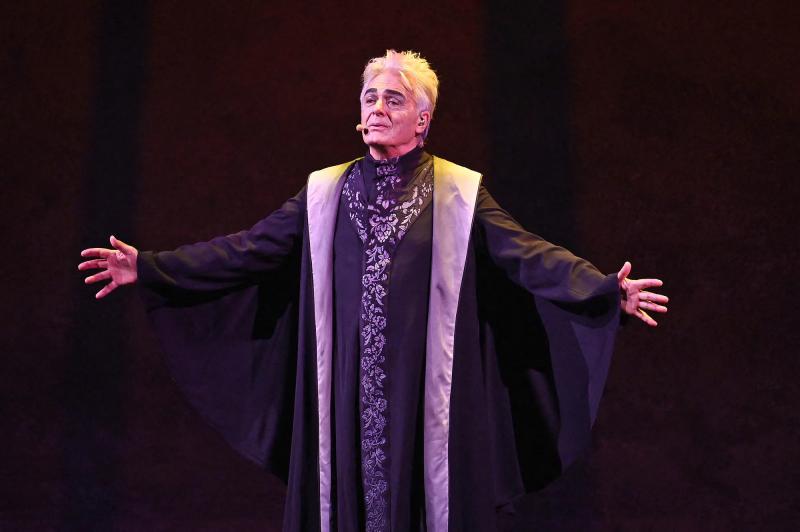 Played in “collective hysteria”, at the end of the 1990s, the musical Notre Dame de Paris returns Tuesday evening, in Montreal, with two of its original performers: Bruno Pelletier and Daniel Lavoie. For the latter, finding the character of Frollo these days is only fun. “It is no longer the same madness as at the beginning. You don't have to live with all the stress of fame.

Daniel Lavoie was part of the original troupe that launched Notre Dame de Paris in 1998. The performer had followed the production on tour for two years before putting away his cassock…for 18 years.

Recently returned to the musical, he was therefore well placed to try to convince Bruno Pelletier to join the troupe, he who had left the ship 22 years earlier.

“He was very reluctant to come back, Daniel said of his colleague. We talked a lot, actually. I managed to convince him to come back because I really wanted to do the show again with him! I will not hide from you that I insisted a little bit [laughs]. […] I told him that there was really great happiness in finding Notre Dameotherwise than in the hysteria of the first time. At first it was big, big, big. Now it's not that madness anymore. »

When he left his character of Frollo, Daniel Lavoie never thought about Notre Dame de Paris for many years. It was in 2017 that the singer was offered to return to a new French-speaking tour.

“At the time, I was at retirement age,” he says. I was 66 years old. But I found retirement pretty boring! [laughs] So I said, why not?

He admits to having been caught in his trap and to having enjoyed his last years of shows very much. “Before that, I had always done Notre Dame in Paris and in Canada, he says. But I didn't know the international audiences. Since I came back, we have sung in Turkey, Lebanon, Russia, Taiwan, China, Korea, England, the United States. »

And all that, in the language of Molière, let us remember. “That is my greatest joy,” says Daniel Lavoie. I am a Franco-Manitoban. I've kinda fought for my language all my life. I am very happy to sing in French in London or New York. For me, it's like a victory. This is something that gives me great pleasure. »

The passage of Notre Dame de Parislast month in the Big Apple delighted him, even if there was a lot of uncertainty at the start.

“We were coming to play in the biggest city of musicals in the world. world, with a comedy made in French. It was hard to guess how New Yorkers would react. To our huge and very nice surprise, not only did they really like it, but they were hooked right away. »

Daniel Lavoie plans to take a few months off after the series of shows at Notre Damein Quebec. Even if he claims to be able to play Frollo for a few more years, the complexity of traveling abroad since the start of the pandemic makes him hesitate for the rest of things. “With the state of the aviation companies, it has become a nightmare. If there's one thing I don't like about my job right now, it's traveling. »