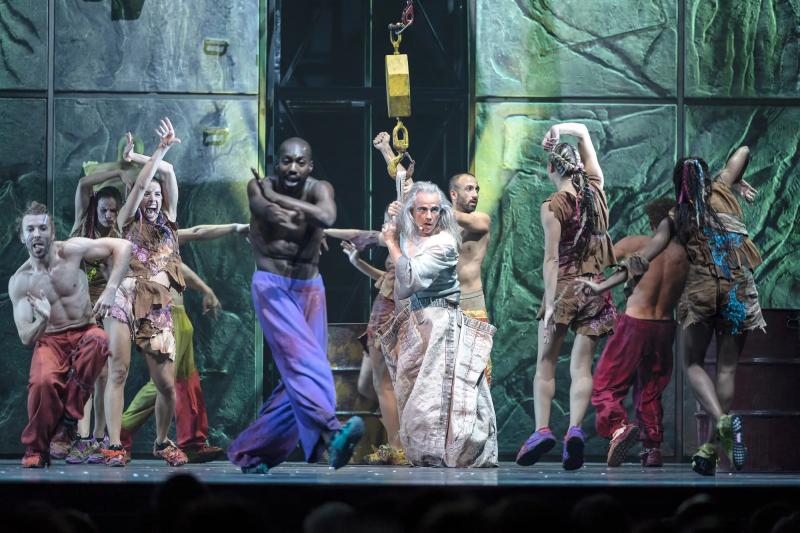 Bruno Pelletier may have hung up Gringoire's frock coat at the turn of the millennium, but the character never really left him. He had proof of this a few days ago by rejoining the troupe of the musical show Notre Dame de Parisfor one last lap. “The gestures, the mimics … it all came back to me in a few seconds,” he says.

For many, the names of Gringoire and Bruno Pelletier are forever inseparable, even though the singer stopped performing it 22 years ago. It must be said that it was he who gave birth to it, carrying the words of Luc Plamondon on stage for the very first time, in 1998. Since then, Le temps des Cathédralessticks to his skin like the program of each of his shows.

In short, his identity is welded to that of the poet and narrator of Notre Dame de Paris.He had tangible proof of this a few days ago when he revisited this role for the first time in more than two decades.

“People started clapping when I arrived on stage, before I even had time to sing a single note. It is extremely touching – moving, even – to see all this love. But it shows me that I have to live up to this memory,” says Bruno Pelletier.

And that, he has been working on for several months already, diligently studying the video recordings of the most recent productions in view of his big comeback. Because the show has changed since Bruno Pelletier left it.

The story, inspired by the work of Victor Hugo, remains the same, that of three men (Quasimodo, Phœbus and Frollo ) who are vying for the love of the gypsy Esmeralda. The form, however, evolved gradually over the years, during which time the spectacle of Notre Dame de Paris was applauded by more than 15 million spectators worldwide.

“It's the same show… but at the same time, it's not the same. Having a show that has been running for almost 25 years like Notre Dame de Paris, means having the chance to perfect it, to refine it night after night,” confirms Bruno Pelletier.

His current Gringoire, for example, is somehow different from the one he performed at the time. Why? Because the character has, inevitably, aged at the same rate as his interpreter, who will blow out 60 candles tomorrow. It is for this reason that Bruno Pelletier made a point of making certain modifications to his approach and his appearance, with a costume with altered colors and revised make-up.

“I wanted him to have a look a little different to show that it's a new re-reading of the character”, he specifies.

Expected within the troop of Notre Dame de Parison the stages of Montreal, Quebec, Sherbrooke and Trois-Rivières until September 14, Bruno Pelletier remains categorical: he will hang on Gringoire's frock coat for good at the end of this series of shows. No question of extending the adventure beyond these dates.

“It’s a very, very demanding role. I never thought I would return to this role, especially not at 60. In fact, after doing it a few times, I wondered how I could do it seven times a week for so long. So it's really a last lap, before devoting myself to future projects”, he explains.

It is true that he will be particularly busy over the coming months. come.

Before releasing a vinyl reissue of the album Miserere to mark its 25th anniversary, Bruno Pelletier will present a biography and an album of original songs – including the first single, Dans ma tête, will be launched tomorrow – in September.

But the singer remains very lucid, knowing full well that Gringoire will never be far away.&nbsp ;

“He will never completely leave me; I will continue to sing his songs for the rest of my life”, promises Bruno Pelletier.