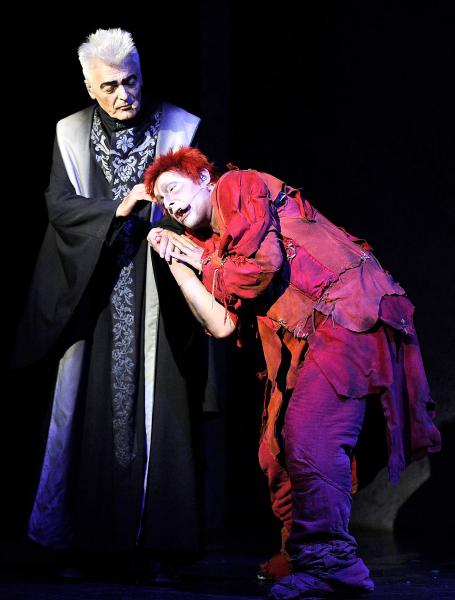 Nearly 25 years after its creation, Notre-Dame de Paris is about to take its first bite of the Big Apple. The musical show moves to the prestigious Lincoln Center in New York on Wednesday for 12 representations.

During the passage of the Journalin the rehearsal premises of the troupe of Notre-Dame de Paris, last week, the excitement was palpable. It must be said that this first meeting with the New York public had first been set for the spring of 2020. The pandemic having forced the closure of theaters, the performances of the musical show had therefore had to be postponed.

It is therefore finally Thursday evening that the work of Luc Plamondon and Richard Cocciante will make its debut on Broadway with, within its cast, a significant Quebec presence.

And it is in its original version (read: in the language of Molière) that the show will be presented to Americans. English surtitles will make it easier to follow the plot, inspired by the work of Victor Hugo.

“ We went to London in French and it worked very well. It doesn't necessarily mean we'll never go back to New York in another language, but the original version… it's the original version. It’s a tremendous attraction, regardless of the country,” says Richard Cocciante.

The host of the show – Lincoln Center – represents a symbolic choice for the Notre-Dame de Paris team. Located at the edge of Broadway, the establishment hosts a very wide range of events in addition to musicals, distinguishing it from those where Wicked, Chicago, and others are played. Cats of this world.

“Our approach is very different. The choreographer Martino Müller comes from contemporary dance and I come from Carbone 14, so it's very modern “, says director Gilles Maheu.

” In musical , the singers dance, but they couldn't perform that kind of choreography. Me, I wanted to have the best singers and the best dancers,” he continues. will be presented at Lincoln Center in New York until July 24th. The show will then head to New Brunswick, then Quebec.