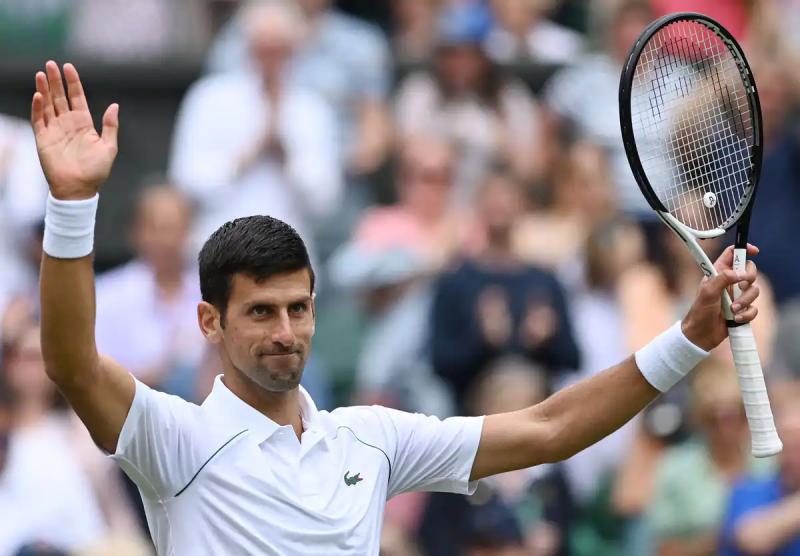 LONDON | Novak Djokovic secured a place in the round of 16 on Friday by defeating his compatriot Miomir Kecmanovic in three sets (6-0, 6-3 and 6-4).

At the same time, with his 24th consecutive victory on grass, he tied Rod Laver for third place in history. Djokovic hasn't lost a game on grass since his loss to Marin Cilic in the Queen's tournament final in 2018.

In light of his performances since the start of the tournament, one has to wonder if someone can stop him in his quest for a 21st career Grand Slam title.

Djokovic's next opponent will be Dutchman Tim van Rijthoven. The latter easily beat Georgian Nikoloz Basilashvili in three sets (6-4, 6-3 and 6-4).

“Before the tournament started, it was my dream to face, van Rijthoven pointed out. To have the chance to face him on the central, it will be magic.

“In each match, I show up with the intention of winning. It will be the same for this clash against Djokovic.”

van Rijthoven, 104th racket in the world, has been one of the great stories in men's tennis for a few weeks. He made a splash by winning the S-Hertogenbosch tournament two weeks ago. He achieved his feat by beating in particular Daniil Medvedev and Félix Auger-Aliassime during his run.

Meanwhile, in the women's category, the fifth seed Maria Sakkari was surprised by the German (6-3 and 7-5).

On a different note, Nick Kyrgios was fined for his actions during and after his match against Briton Paul Jubb. He had won in five sets.

The Australian will have to pay 8,211 pounds sterling ($12,850 Canadian dollars) for his actions. We remember that he had spat on a supporter who had insulted him throughout the match. He also verbally attacked the referee and a linesman.

He also knows how to play tennis. Kyrgios delivered a flawless performance in his second round match. He eliminated Serbian Filip Krajinovic in three sets.

He will now face Greek Stefanos Tsitsipas on Saturday. A duel eagerly awaited by observers. We could have a good show.

Gabriela Dabrowski and partner Giuliana Olmos advanced to the third round. They defeated the Ukrainian Marta Kostyuk and the Czech Tereza Martincova in three sets (7-5, 3-6 and 6-3).