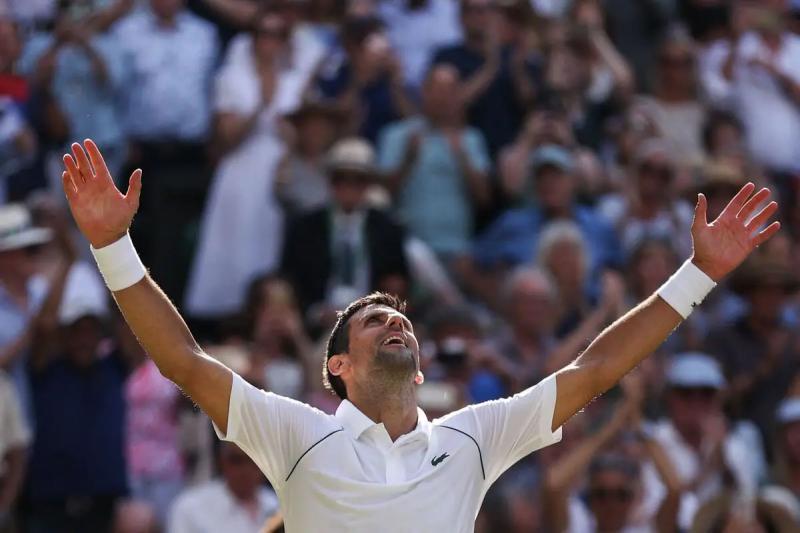 The 2022 Wimbledon tournament has seen several upheavals this year. However, one thing remained stable: the identity of the winner of the men's final. Novak Djokovic won the London tournament for the fourth edition in a row, his 21st career Grand Slam title.

In the final, the Serb beat Australian Nick Kyrgios 4-6, 6-3, 6-4, 7-6 (3) to secure his seventh Wimbledon title . At the same time, he joined Pete Sampras and William Renshaw for second place in tournament history.

With this 21st Grand Slam title in his pocket, he moved to second place in history ahead of Roger Federer (20). Rafael Nadal has the most (22). Djokovic, however, will not be able to play in the last major of the season, the United States Open, due to his vaccination status.

He announced before the Wimbledon tournament that he does not intend to be vaccinated in order to be able to enter the country of Uncle Sam. And the Serb does not intend to engage in a standoff with the authorities concerned as he did in Australia at the beginning of the year. come back to the final, we saw an excellent show from Djokovic and Kyrgios. The Serb was simply more opportunistic than the Australian in key moments to secure his 28th straight Wimbledon win.

After losing the first set, Djokovic took control of the game in the second. With a 5-3 lead, he saved four break points before winning the set.

Then, in the third, he broke Kyrgios with a 4-4 tie and a score of 40-0 in the game. This moment gave a hard blow to the hopes of the Australian who was standing up to the third racket in the world.

During these sequences, Kyrgios started talking to himself again. A sign that does not deceive when he loses control of the game. Meanwhile, on the other side of the net, Djokovic was consistent as a metronome. With his legendary composure, the reigning champion was surgically precise in his shots.

Even if the last set been tight, Djokovic was never in danger against the 40th player in the world. The tiebreaker was one-sided. Kyrgios, physically and mentally dumped, gave points to his rival on a silver platter.

“He is like a god, praised Nick Kyrgios on the ground. I'm happy with my tournament, but I'm tired. I'm going to need a vacation. I hope I will be able to return to this position one day.

Djokovic threw the flowers back to him. The “bromance” between the two players is now confirmed.

“I am convinced that you will come back to Wimbledon and that you will make it to the final again, mentioned the champion, looking at his opponent. In my opinion, you have just proven that you are one of the best players.

“As for my 21st Grand Slam title, I have no words to express how I feel. Wimbledon is the most recognized tournament in the world and for me it is a great source of inspiration.”

After the speeches, Djokovic showed a lot of class by shaking hands with several spectators and several Wimbledon staff members. He even allowed himself a discussion of a few minutes with Prince William, his wife Kate Middleton and their son George. The seven-time champion has been very generous.