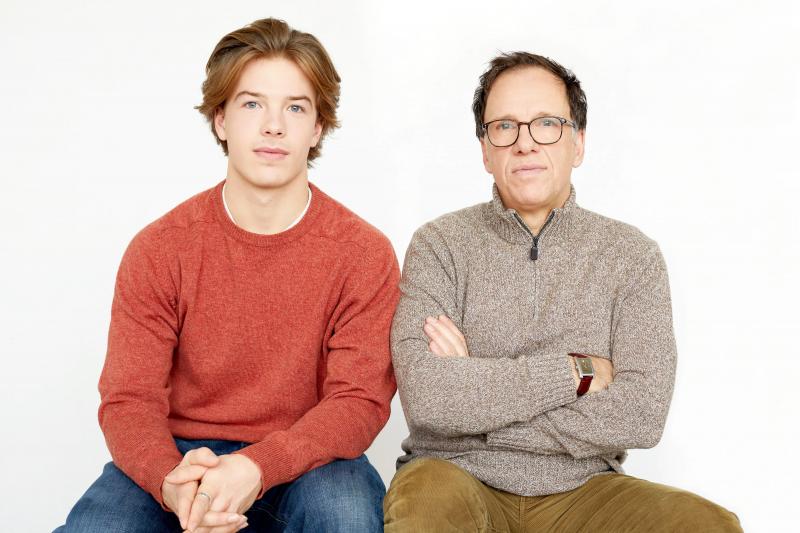 Football player and student-athlete, Théo Leblanc signed his first novel at the age of 19, co-written with his father, Carl Leblanc, a filmmaker and writer. The father-son duo offers a thrilling, sporty learning story, rich in emotions: that of a young man who dreams of winning the Bol d'or and that of a father who sees his son become a man. Between Montreal and Quebec, between two football games, Théo made his mark, under the watchful eye of his father.

Théo, a promising football player, is not yet 18 years old. He dreams of big things, thrilling moments. The Bol d’or occupies his thoughts. But the weeks pass, the matches without return follow one another, the road is not as simple as one had imagined.

For the father, you have to accept the role of spectator and supporter. From now on, the actor is his son, who lives the last autumn of his adolescence, the last autumn before the transition to adulthood.

Passionate about writing, cinema and music, Théo Leblanc is a graduate of Collège André-Grasset and a student-athlete. Suffice to say that football and the life of a young person in competitive sports, he knows. Writing a first novel with his father, Carl Leblanc, in the midst of the pandemic was an exhilarating, unusual, highly motivating and appreciated experience for him.

A project during COVID

It was his first experience of novel writing. “I have always loved to write. It has always fascinated me. The idea for the book originally came from my mother, who suggested it to my father and me. The adventure told in the novel is inspired by the one we lived, my father and I, three years ago. The first winter of COVID, my mother told us that we had to tell this, do a project together.”

His father, who already has experience in writing, took him under his wing at the start. He liked the challenge of writing with four hands. “It’s like doing a school project with your best friend. It was really fun and we didn't put too much pressure on ourselves.”

Théo has invested a lot in football, a sport that has allowed him to take up many challenges. < /p>

“The challenge was to try to have a fairly assumed work ethic from an early age, while keeping the fun and passion for the sport. I think that too quickly, now, in competitive sport, social pressure takes up too much space.”

“I think that in high school, it takes up a little less space because we are youth. You can play if you have a certain talent and you are not necessarily the hardest worker.”

The challenge is above all collective, as a team, he adds. “Individually, you have to have a feeling for the pitch and a resilient mind. Sometimes a rookie will play less. Otherwise, the work is done as a team when you want to succeed: it takes links with your teammates and you have to work together for the same objective.