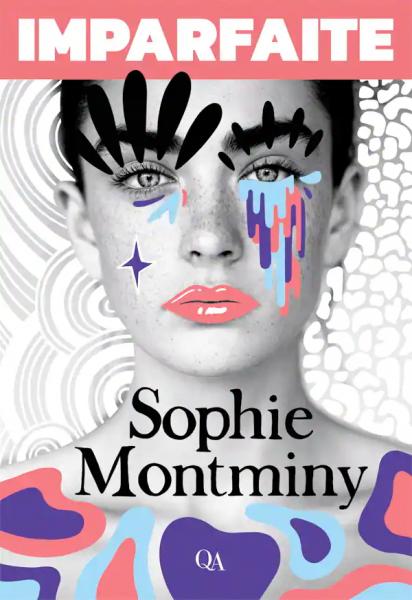 Let's talk about an interactive novel! To read Imparfaite is to constantly want to challenge Anna, the narrator, to give her “the” trick to get by : put down your cellphone!

Sophie Montminy was fashion editor-in-chief of a women's magazine, and Imparfaite, her first novel, takes place in this environment at the apparent lightness.

But in reality, it's a harsh world, where the creativity of the teams often comes up against the financial interests of the owners. Must sell, so no question of touching what has already worked! The teams cash in because the thirst to make their place curbs the urge to protest.

Imperfectwill perfectly illustrate it by following Anna, assistant to the fashion editor-in-chief of GISÈLE magazine. She is an efficient and resourceful girl, but also on the go, who grows exasperated by the contradictory directives of management and the questionable practices of star photographers. If only she could get into the business to shake things up!

In the meantime, you have to hold on, which means responding to the second text or call that comes in and comes from a whole hierarchy above her. This pressure, constant, the author makes us feel it with a lot of truth.

But another requirement is added to this stress: that of shining on social networks. It's not in the employment contract, but it's just like: from now on, for a name to circulate in the world of fashion, you have to be seen. All the time. About everything.

Montminy testifies here to an underestimated dimension of the daily life of people working in the artistic, media and political fields: it has become impossible for them to ignore social networks, which must also be constantly fed! Many young people do the same.

Anna is therefore completely immersed in this culture of self-presentation. It's… stunning. She runs all the time, with a constantly vibrating and ringing cell phone as background.

And Anna asks for more, obsessed with the need to go and see if a new message or a new comment has not entered. “Refresh, refresh, refresh“, as she says (because Franglais and Anglophone culture characterize her way of life…, echoing what, alas, is observed in reality Montreal).

The young woman will become even more addicted when she falls in love with a handsome influencer, who attracts all eyes on the networks. Anna doesn't see what a toxic relationship she's getting into – but we do!

It's precisely this step back that gives the strength of the story: seeing through a character how crazy he is about living so much in the eyes of others, how risky it is.

And Imparfaite is not just about fashion and its sad or happy lads – like the his is John, Anna's funny friend. Beneath the amusing dialogues, beneath a certain superficiality, it is ultimately all of us, continually connected, who is in question here.

Why can't we get out of the whirlpool?