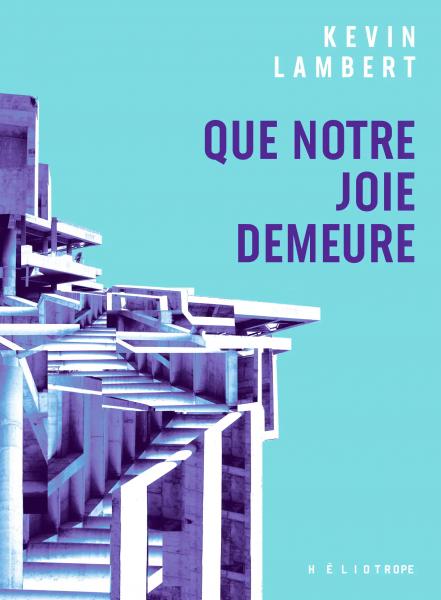 By his style, by his remarks which denounce with address the world of the privileged, May our joy remain is a demanding novel. But how effective!

Since it is about an architect, the metaphor is necessary: ​​Let our joy remain is a multi-storey novel, where we go from a balcony that dominates the world to what is buried in the basements of thought.

And the corridors to take are so numerous that as soon as the book is finished, we want to go around it again!

In just two novels, Kevin Lambert has become a literary reference, a finalist for prestigious awards and acclaimed by critics. What is called a name.

It is therefore interesting that his third novel, very different from the previous ones, is devoted to a celebrity – although the author does not belong to the circle of the powerful which he describes in Let our joy remain!

Nevertheless, the Céline Wachowski he stages is a name, and as such, her image escapes her, which Lambert illustrates with an admirable mastery of the contradictions that make a human. We are far from caricature here.

Céline is a 70-year-old architect who has left her mark across the planet, who has its series on Netflix, which frequents All-Hollywood and the beau monde of Montreal. She is extremely wealthy, and in her universe, we do not deprive ourselves of anything.

Nevertheless, Céline prides herself on having a social conscience. She sees architecture as an art of the people: an artistic expression certainly expensive and subject to political games, but “also the most accessible and the most democratic”. Lambert devotes tremendous pages to it.

But any architectural renewal also contributes to the gentrification of neighborhoods, and this is precisely the tragedy of the new mandate entrusted to the great Wachowski.< /p>

She who had never been able to carry out a major project in Montreal finds herself pushed to take charge of the head office of the multinational Webuy which wants to settle here. She chooses to set it up on the borders of the Mile-Ex and La Petite-Patrie districts, which threatens the social fabric of the area. The revolt is rumbling, fueled by reports.

It is also rumbling in her offices, given her demands on her employees, whom Céline nevertheless believes she treats well. It will also be about tax evasion, blindness, betrayal…

Céline's pedestal is therefore shaken, and we will follow all the cracks. To do this, Kevin Lambert takes us into his thoughts and those of those around him by presenting them as a ribbon that unfolds in very long sentences and few paragraphs.

It gives a very particular breath to this novel inspired by Marie-Claire Blais and Marcel Proust – which Céline is actually reading.

And if we see how everyone – from Céline to her whistleblowers – manages to justify their choices, we also understand how the elite, the real one, the one we see so little, manages to stay above the fray.