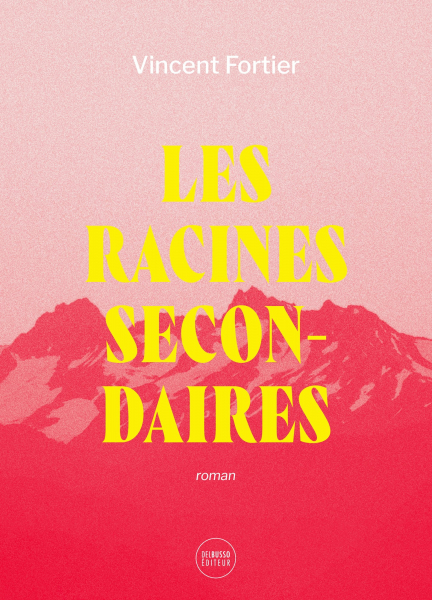 A young man discovers the existence of an uncle forgotten by his family because he was… gay. Back to a ruthless and yet so recent past.

Browsing through The secondary roots, an unexpected observation arises: but it is an adventure novel unfolding before our eyes!

However, the subject seems quite different. Vincent Fortier tells the story of the gay community in Quebec, when the very existence of homosexuals and lesbians was a taboo subject.

He does it with ingenuity, in a successful fusion of denunciation and of delicacy. It takes as a common thread a situation that has been experienced in many families, and perhaps even still.

The main narrator of the novel has the first name Philippe. When his father, suffering from Alzheimer's disease, starts calling him Maurice,
he discovers the existence of an uncle whom the paternal family never mentioned. He was homosexual and it was shameful.

Philippe, who is also homosexual, needs to learn more.

The trace of Maurice, who first left his native region for Montreal, will appear thanks to the writings he left. This is the second narrator of the book At the same time, as he follows in his footsteps, Philippe writes to his deceased father to tell him about this brother from whom he had turned away.

There are therefore two avenues to follow: a memory of the gay community passed on to younger generations, and a scenario aimed at heterosexuals.

This double journey allows us to take the measure of the repression suffered for decades, but also to understand a way of life that needed to burst into its own places. Hence the importance of dance and sexuality.

It is told in such a way that one turns the pages with avidity. Will Maurice manage to find his place? Who will support him? And then, the confrontation is such in the face of social expectations that we understand that it is a question of survival here.

This confrontation is also physical. Fortier recounts with precision the real police raids that took place in Montreal, marked by insults and beatings with truncheons. The humiliation was there, especially when the names of men arrested in parks or saunas were given to the media. It was terrible and that was yesterday.

To live in peace, Maurice will take the road to Alaska. He will die young, of this new epidemic called AIDS.

The young Philippe follows his path with growing affection and identification. He will also note that if his father had broken ties with Maurice, he had nevertheless kept a memory of him. This fragile and yet preserved bond makes it all the more upsetting.

Finally, the father's illness allows Philippe to get closer to him, to talk to him freely, to touch him. Memory loss breaks down the barriers between the two men to return to the tenderness of early childhood – proof that not all taboos have been lifted. But this beautiful story full of humanity can only contribute to it.