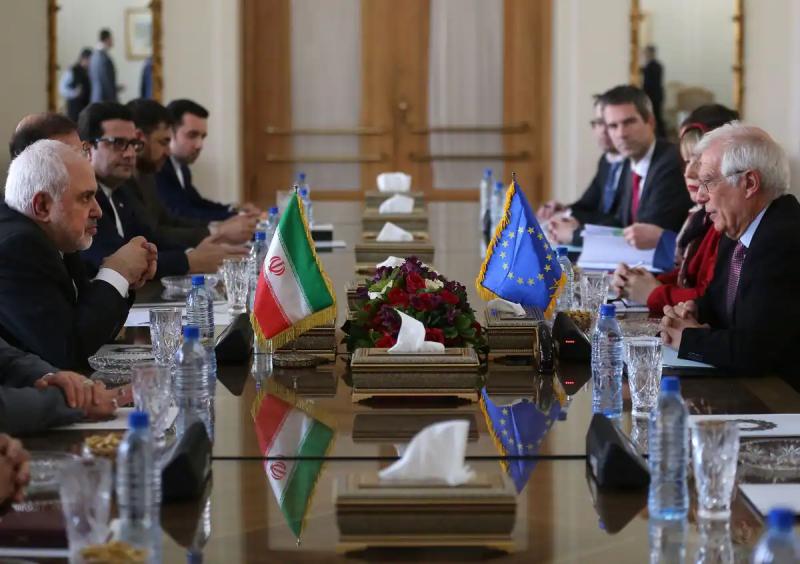 The head of diplomacy of the European Union (EU) Josep Borrell is expected in Tehran on Friday evening for talks aimed at reviving the talks on the nuclear file that have been stalled since March.

This surprise visit was announced by Iranian Foreign Ministry spokesman Said Khatibzadeh and confirmed by the EU.

It comes as the talks launched in Vienna in April 2021 between Iran and the major powers (Russia, United States, China, France, United Kingdom and Germany) have stalled since last March.

The talks aim to try to reintegrate the United States into the 2015 agreement providing for limitations on Iran's nuclear program, denounced in 2018 by former US President Donald Trump, and to bring Iran back to compliance full of its commitments dictated by this agreement.

The 2015 pact called the JCPOA granted Iran, accused of seeking nuclear weapons despite its denials, relief from suffocating international economic sanctions in exchange for restrictions on its nuclear program. However, the Trump administration had also reinstated American sanctions, provoking the ire of Iran.

The United States, a sworn enemy of Iran with which it has not had diplomatic relations since 1980, participated indirectly in the negotiations in Vienna, via the EU. Tehran and Washington blame each other for the blockage.

“Mr. Borrell will visit Tehran on Friday evening to meet with Foreign Minister Hossein Amir-Abdollahian and other Iranian officials,” the foreign affairs spokesperson said in a statement.

“The visit is part of the ongoing consultations between Iran and the EU. It will focus on bilateral relations, certain regional and international issues, as well as the progress of negotiations for the lifting of sanctions”, according to the press release.

The EU confirmed in a press release the visit the June 24 and 25 of Mr. Borrell in Iran “as part of the ongoing efforts to return to full application” of the 2015 agreement.

Enrique Mora, the EU negotiator in charge of coordinating the Iranian nuclear talks, posted on Twitter on Thursday evening a photo of a dinner in Brussels between himself, Josep Borrell and the US special envoy for Iran. , Robert Malley, with this caption: “In-depth conversation on the JCPOA and regional perspectives in the Middle East. Malley reaffirmed the American commitment to return to the agreement.”

The American administration of Joe Biden has declared that it wants to return to the agreement, provided that Tehran resumes its commitments, while the Iran demands the lifting of sanctions first.

On Thursday, Hossein Amir-Abdollahian said his country “seriously” hoped to reach an agreement with the major powers, including the United States, after a meeting with his Russian counterpart Sergei Lavrov in Tehran. He called on Washington to “be realistic.”

In early June, Iran disconnected some of the International Atomic Energy Agency (IAEA) surveillance cameras at its nuclear sites, after the United States and the Europeans passed a resolution at the IAEA denouncing Tehran's lack of cooperation.

But Iran immediately said that all these measures were “reversible”, if an agreement was reached in Vienna.

After Iran disabled surveillance cameras, IAEA Director General Rafael Grossi said that if the blockage persists, “in three or four weeks the IAEA will no longer be able to provide the information needed to monitor Iran's nuclear program.

According to him, this would “deal a fatal blow” to the 2015 agreement.