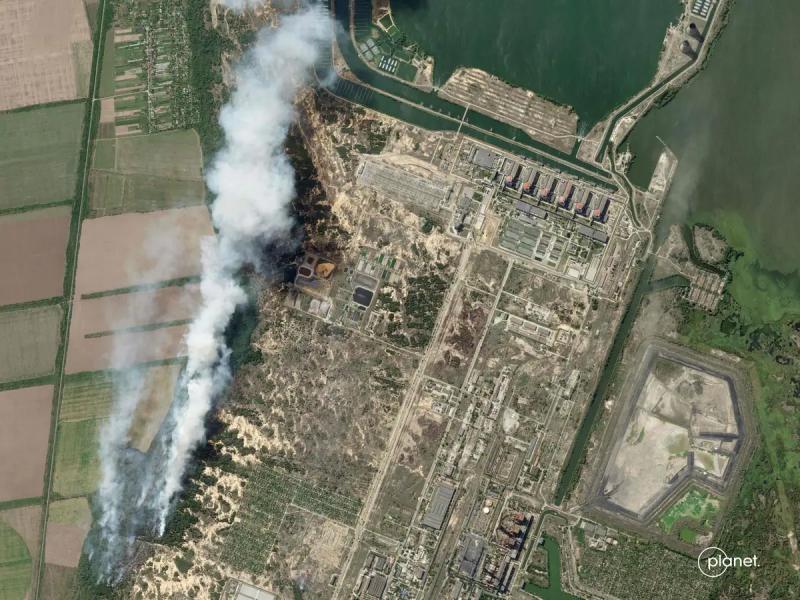 The International Committee of the Red Cross on Thursday called for a halt to all military operations around the Zaporizhia nuclear power plant, held by the Russian military in southeastern Ukraine, warning that an attack would be “catastrophic”.

“It is high time to stop playing with fire and instead take concrete steps to protect this site and others like it from all military operations,” he told reporters at Kyiv the director general of the ICRC, Robert Mardini.

His statements came as a team of inspectors from the International Atomic Energy Agency (IAEA) were expected at the plant on Thursday. for a high-risk mission.

Ukraine blamed the Russian army on Thursday for bombing the area, while Moscow accused kyiv of sending a team of “saboteurs” there to try to take control of the plant.

“ The slightest miscalculation could wreak havoc that we would regret for decades,” Mardini warned.

He said it was “encouraging” that the IAEA team was on its way to inspect the site, because of the “tremendous” stakes.

“When dangerous sites become battlefields, the consequences for millions of people and the environment can be catastrophic and last for many years”, he stressed.

The head of the ICRC warned that “in the event of a nuclear leak, it will be difficult, if not impossible, to provide humanitarian aid”.

The IAEA wishes to establish a “permanent” presence in the Zaporijjia power plant to avoid a possible nuclear disaster according to its chief Rafael Grossi, who leads the mission n of experts.