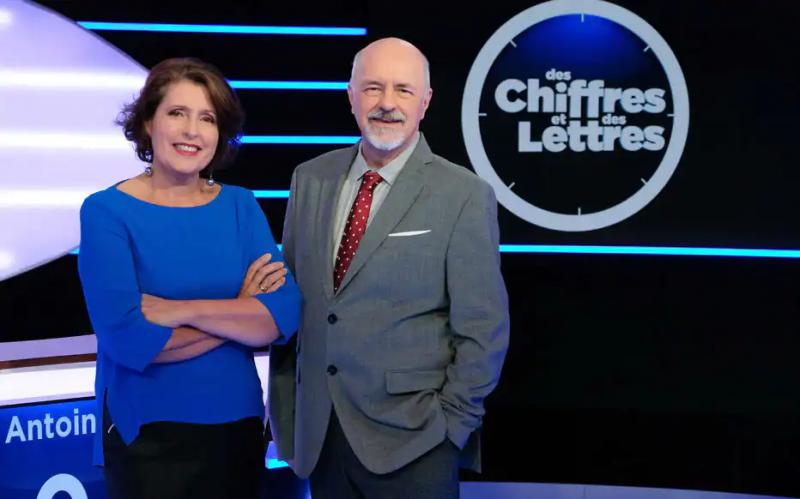 PARIS | Two historical figures of the show Numbers and letters, Bertrand Renard and Arielle Boulin-Prat, will leave this game with exceptional longevity which will now only be broadcast on weekends, France Télévisions told AFP, confirming information from the newspaper Le Parisien/Aujourd'hui in France.

“We did not agree and we regret it (…) We thank Arielle and Bertrand for the very beautiful page of the game that they wrote for so many years”, declared to the newspaper Alexandra Redde- Amiel, director of the games, variety and entertainment unit of France Télévisions.

Bertrand Renard and Arielle Boulin-Prat had participated in the animation of the game since 1975 and 1986 respectively.

They “declared their departure during the summer after a contractual disagreement around the passage from five to two programs per week”, writes Le Parisien/Aujourd'hui in France.

On the other hand, the main animator of the game broadcast on France 3, Laurent Romejko, will continue to occupy this role which he has held since 1992.

Numbers and letters, which consists of forming the longest possible word or finding a number from randomly drawn letters and numbers, has existed in its current form since 1972. It had been launched in 1965 with only the letter part, under the name “The word the longest”.

Bertrand Renard, himself a former candidate, refereed the numbers section and Arielle Boulin-Prat that of the letters.

According to the newspaper, they will appear for the last aired on the weekend of September 10–11, “when the last recorded numbers aired.” We do not yet know the names of their replacements.

Previously daily, Numbers and Letters will now only be broadcast on weekends at the end of the afternoon , with a new formula.

“We want to offer Numbers and letters to a family audience of all generations,” assured Alexandra Redde-Amiel.